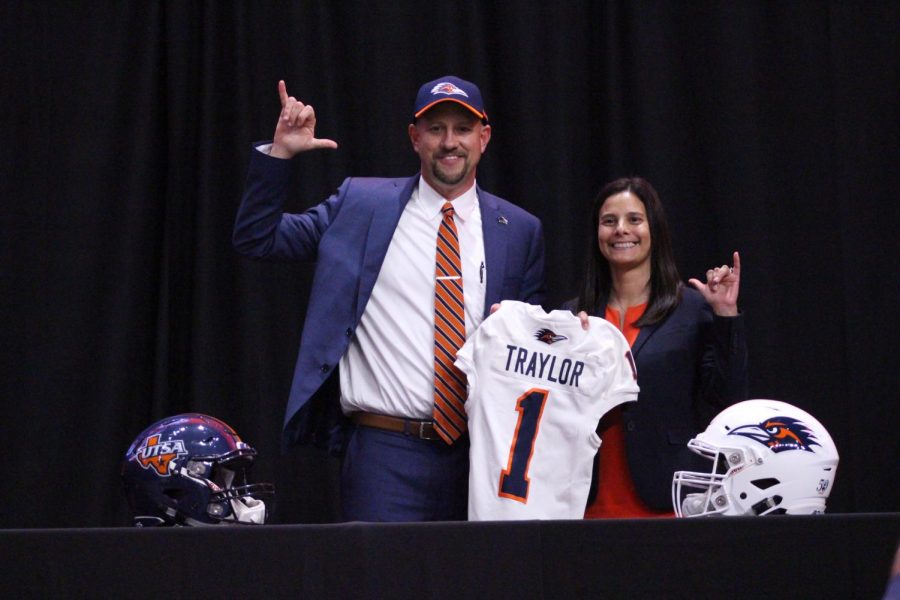 As UTSA enters into the second week of its 2020 football season, the Alamodome released a comprehensive plan to ensure the safety of student athletes, fans and staff during the season.

“If you look across the nation, of the schools that are playing, particularly in Texas, I don’t know that any of them are playing at that 50% that the governor had put out there this summer because you still have to social distance,” UTSA’s Vice President for Intercollegiate Athletics and Athletics Director Lisa Campos said. “When you factor in the social distance part of seating everybody for our stadium, that ended up being about 17% of our capacity. It was really a combination of starting without total seating capacity, doing the social distancing and coming up with that capacity number.”

Since May, the staff of UTSA and the Alamodome have been working in subcommittees to create plans focused on student athlete, donor, staff and fan base engagement guided by medical experts, Bexar County and the City of San Antonio to become more informed on the local environment.

“I think, for the most part, people are so excited to have football,” Campos said. “If you gauge people, I don’t think they thought they would have the opportunity to come to a UTSA football game. Then, of course, there is some frustrations about seating capacity and having to change seats, but for the most part, people are pretty fired up to support Coach Traylor and this new coaching staff and this group of student athletes.”

Gov. Greg Abbott previously met with the athletic directors of the state to discuss safety protocols for hosting football seasons and measures to take for reopening game stadiums. With the consideration of state and city protocols, the Alamodome will be filled to 17% capacity.

“Our hope is to always sell it out, no matter the capacity we have,” Campos said. “I know there is a lot of excitement right now, but on the other side, we understand that people are going to have a comfort level watching it on TV. There is a balance, but for those ready to watch it in a live environment and have that social aspect, we are going to have quite a few fans on Saturday.”

Campos and the other committees learned from other stadiums across the nation to create best practices for this season. Conference USA held many meetings prior to the kickoff of the season to evaluate previous seasons to allow fans to attend games with safety practices in place.

“Be flexible; be patient because we are all going through this for the first time,” Campos said. “We have a plan that, in practicality, we will see how it all works. We want to continue having games in the Alamodome, and part of that is the joint responsibility of the fans doing their part and what the Alamodome does on our part.”

In addition to safety measures, the committees determined plans for game officials, the media and the Spirit of San Antonio band to continue their participation on game days with new rules and regulations.

“A lot of eyes are going to be on the Alamodome and UTSA Athletics; this is a big deal,” Campos said. “We need to make sure we are doing everything right. There will be some bumps along the way, but we will make sure that everything is improved for the next game.”

Looking ahead to winter and spring sports, the official start date for collegiate basketball is Nov. 25. The NCAA has continuously updated and released testing information to move forward with the planning of basketball seasons.

“A lot of lessons have been learned from how we planned for football, from the sports medicine side and the testing side of it,” Campos said. “It is a lot of planning for uncertainty and having the contingency plans. We are planning for as much of a normal basketball season as we can, and we are going to start deep diving now that more decisions are coming out from the NCAA.”

As tests are continuously administered to athletes, Campos states that it is the responsibility of student athletes, coaching staff and fans to practice safety protocols and look forward to the remainder of the athletic seasons.

“We have continued to be flexible,” Campos said. “It is a world of change, and will continue to be. We are finally being able to shift our focus to basketball, focus on what spring is going to look like with 15 sports participating. It is not going to end, and we just have to know that every say is going to be different and it may not be what we planned.”