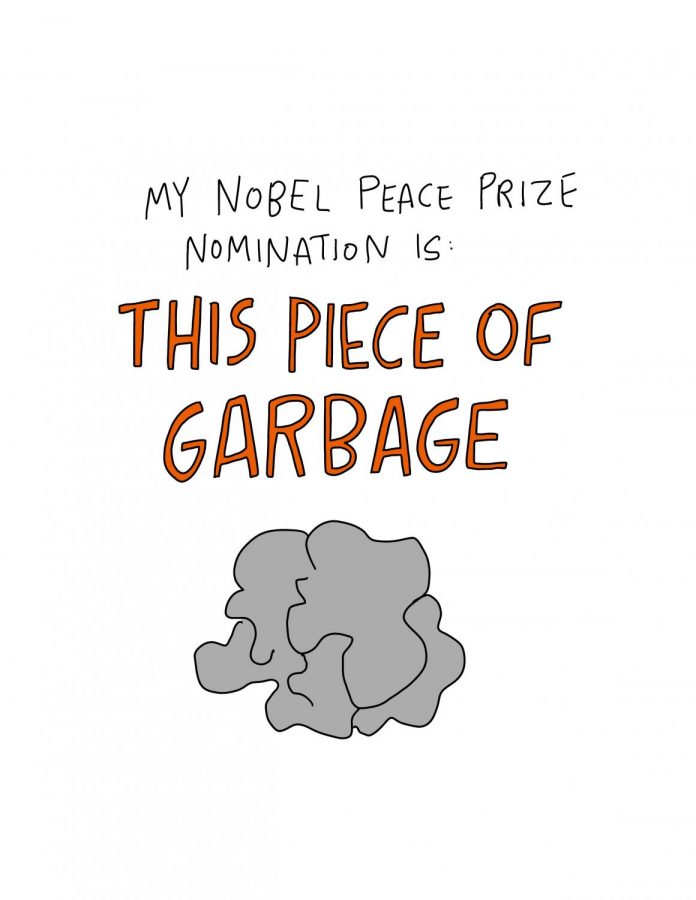 The Nobel Peace Prize, created in 1895, has, for over a century, been given to the individual who has “done the most or the best work for fraternity between nations, for the abolition or reduction of standing armies and the holding and promotion of peace congresses.” The jury is still out on whether or not President Donald Trump, recently nominated for the prize by a Norwegian politician, meets the standard for such a prestigious award.

A U.S. president being considered for the award is hardly out of the ordinary. In fact, Presidents William Taft, Herbert Hoover, Woodrow Wilson, Theodore Roosevelt, Jimmy Carter and Barack Obama have been nominated; Wilson, Roosevelt, Carter, and Obama won the prize. The Norwegian politician who nominated Trump points to the president’s peace deal between Israel and the United Arab Emirates as his reasoning. Trump’s nomination has still drawn mass skepticism, with critics pointing out his many shortcomings, including his COVID-19 response, nomination of Brett Kavanaugh to the Supreme Court, impeachment trial and multiple accusations of sexual assault. Trump’s unorthodox leadership style has forced observers to question the validity of the Israel/UAE deal and weigh the accomplishments of Trump against his diplomatic deficiencies and often lackluster leadership skills.

The president’s Nobel Peace Prize nomination is hardly warranted, and his boasting of the deal is a red herring to cover up the complexities of Israel’s international relations. Trump has painted the peace deal as an avenue preventing Israel from annexing the West Bank while promoting trade between the two countries, but upon closer examination, it’s clear that such a plan is elaborate sophistry. In reality, the deal sends a message of approval from the Arab country that the Israeli norm of land theft, apartheid laws and abuse of Palestinians is acceptable. Trump’s hands-off approach to international human rights has allowed Israel to tighten its grip on Palestine, and Israel has allowed the possibility of annexation to remain on the table, reaffirming the impact of settler colonialism in the region.

Therefore, Trump allowing Israel to continue its abuse of Palestinians and the coaxing of another country to do the same does not warrant a Nobel Peace Prize. In fact, such a hands-off approach toward human rights violators hardly meets the precedent of past winners who have continuously advocated for the promotion of human rights, such as Malala Yousafzai, Barack Obama and the 14th Dalai Lama.

The possibility of Trump winning the Nobel Peace Prize forces an evaluation from the award committee of what kind of example a Trump win would set for other world leaders and what it could mean for the future reputation of the award. It seems that, while Trump’s nomination and possible victory might not be warranted, viewer apprehension certainly is.