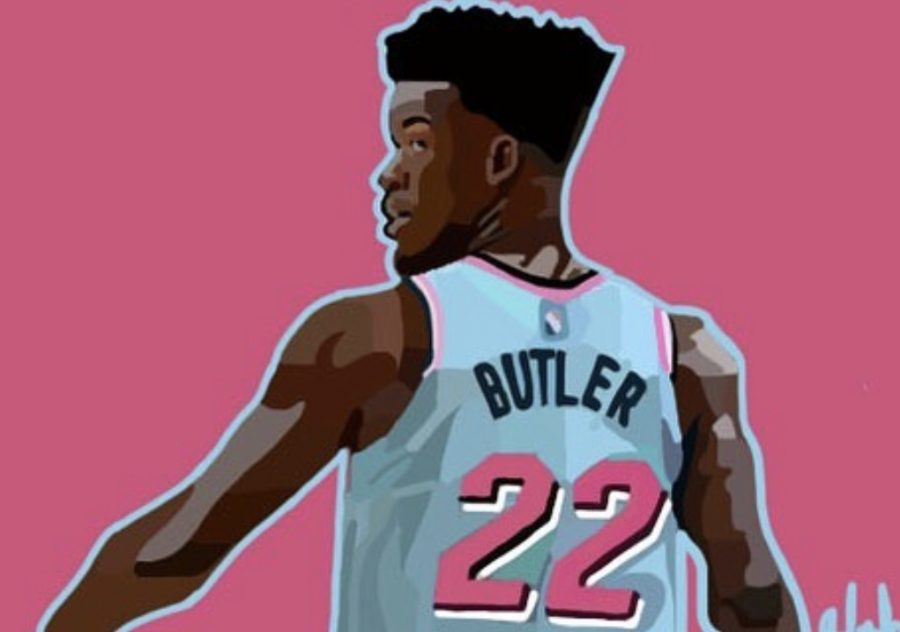 This NBA season has come with its fair share of upsets. We’ve seen the first chapter of young and up-and-coming dynasties such as the Denver Nuggets solidify their spot as contenders for the future following their back-to-back comebacks from a 3-1 deficit against the Jazz and Kawhi Leonard’s Clippers. But the team the professional commentators were completely wrong about was the Miami Heat, and I’m not quite sure why. The Miami Heat clinched their spot in their first NBA finals since the prime South Beach Lebron James days, this time facing up against King James and his Lakers, who just finished off the Nuggets with a 4-1 gentleman’s sweep earlier this week, adding James’ 10th finals appearance to their resume.

How did nobody see this Miami squad making it to their first finals? A team built around two all stars, a young Bam Adebayo at center and veteran star Jimmy Butler at shooting guard and small forward, slipped under the radars of nearly everyone, but we shouldn’t be surprised. This year brought the era of dynamic duos, but even a Clippers roster with Paul George and Leonard couldn’t make it to the promised land. While dynamic duos seemed to be the story throughout the league, Miami was quietly clinching a five seed — all while developing 10 players instead of just two. Miami brings a mix of veterans with championship DNA (Jae Crowder, Andre “Iggy” Iguodala and Butler) all while still giving solid rotational minutes to their youth movement in Tyler Herro, Duncan Robinson, Kendrick Nunn and others.

If Miami upsets the Lakers in this series, it will be because of their depth. Miami has at least 10 players serviceable on a championship-caliber team. Although the Lakers have remained dominant, I worry about their ability to facilitate their guards on the defensive end in a way that can stop Miami’s lights-out shooting.

But if the Lakers are crowned champions, it will be based on the freak-of-nature two-center rotation they have been running all year with Anthony Davis, JaVale McGee and Dwight Howard. This should be a top priority for coach Erik Spoelstra as he sets his game plan for the series. Miami will not stand a chance in this series if Adebayo is not at his best. The Boston-Miami series alone showed us that Adebayo is one of the league’s best big men, and how he defends defensive monsters like Davis will tell us a lot. Miami has depth in the one-three positions on the court, but they lack a four or five that can space the floor well with Adebayo and help him shine.

So what could give Miami the edge?

How does a team written off as a first-round exit prove themselves stronger than MVP Giannis Antetokounmpo and his Bucks, Joel Embiid in Philly and a plethora of other “contenders”? A player such as Butler, who brings a tremendous amount of defense to any roster even though he has floated around the league, playing on multiple teams before departing often because of poor system fit. But if this season has shown us anything, it’s that Jimmy Buckets has finally found his home — and the continuation of what could be basketball’s next dynasty could be near. If the Lakers prove too much for the Heat, this championship appearance is more than enough to sign or trade for a franchise-changing player this off season.

Win or lose, Miami is set for a very long time. Sure, Miami doesn’t have a generational talent (yet), but expect them to utilize their deep rotation in a way that can fatigue the Lakers’ core quickly. Defending the Lakers’ colossal backcourt will prove to be a challenge for Adebayo on his own, so having big man role players such as Crowder and former finals MVP Igoudala playing quality basketball could make all the difference.