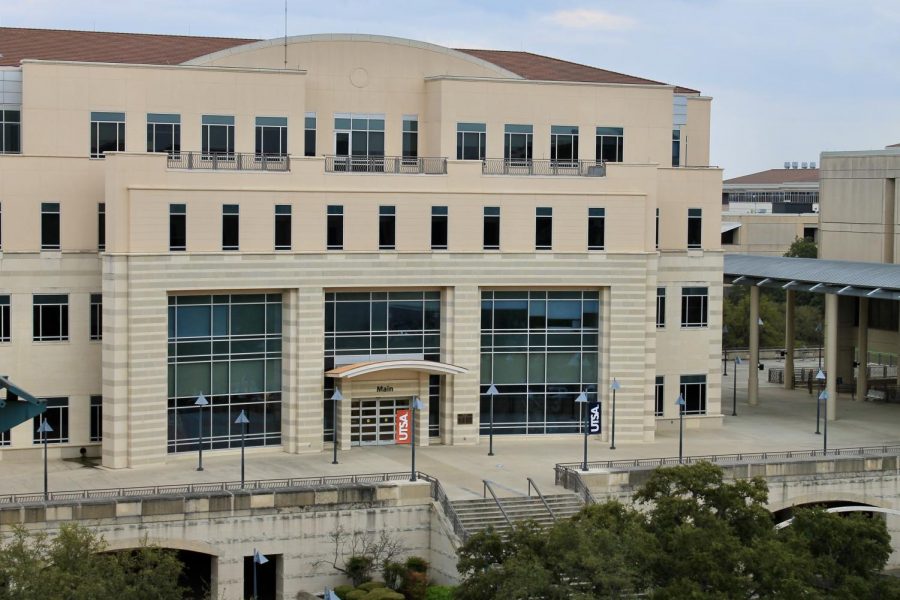 A series of major Title IX and sexual misconduct policy changes were approved by the UT-System Board of Regents to remain in compliance with federal Title IX modifications on Aug. 12. The main four Title IX policy changes were narrowing the definition of sexual harassment, minimizing Title IX obligations, introducing live hearings and cross examinations and ending the single investigator model.

The rule “balances the scales of justice” on U.S. campuses and fulfills promises by President Donald Trump’s administration to address college sexual misconduct, Secretary of Education Betsy DeVos said on Twitter. However, students like UTSA senior anthropology major Kayla Pringle, who is the president of Women in Leadership (WIL), disagrees.

“The new policy predominantly protects the accused rather than supporting survivors,” Pringle said.

In accordance with the Title IX changes, the UT System’s definition of sexual harassment has been narrowed to include behavior “so severe, pervasive, and objectively offensive that it effectively denies a person equal access to the institution’s education program or activity,” according to the approved model policy. Stalking, domestic violence and dating violence are now officially considered examples of sexual harassment under Title IX.

The UT System Assistant General Counsel Sean Flammer, who specializes in Title IX, said the new definition is “a fairly high standard, but universities are still able to prohibit conduct that is inappropriate or unprofessional but does not rise to the standard of severe, pervasive, and objectively offensive.”

Krista Anderson, the UT Systemwide Title IX coordinator, added, “This is why we have crafted an alternative process for students.”

In addition to the Title IX definition of sexual harassment narrowing, the scope of Title IX’s obligation to investigate has also significantly narrowed. Colleges are now only obligated to respond to reports of sexual harassment that occurred off-campus if the location is in use by an officially recognized student or institution organization, such as recognized fraternity or sorority housing or athletic housing. The regulation specifies that colleges are not obligated to respond to Title IX violations in study abroad programs.

In particular, UTSA students may not engage in the Title IX grievance process if the incident did not occur in an education program or activity within the United States. UTSA will offer all survivors supportive measures so long as the measures are non-punitive and non-disciplinary. These supportive measures include “referrals to counseling and health services,” according to the UTSA website.

The new evidence and cross-examination standards have raised major concerns from UTSA students. The federal Title IX regulation now requires universities to conduct live hearings in which the complainant must face the accused and all parties are permitted to have their selected advisors cross examine all other parties involved. If a complainant or witness does not submit to cross-examination at the live-hearing, then the hearing officer(s) must not rely on any previous statements made by that party when making their determination. Moreover, written testimony or anonymously filed Title IX reports are now inadmissible as evidence for Title IX hearings.

“Minors on campus who fall under the scope of our policy regulation and are a party to a case where the accused could face separation from the university most likely would have to attend a hearing,” Anderson said.

Pringle, the president of WIL, said the live hearings could be traumatic for victims of sexual assault.

“Forcing victims to endure live hearing and face the person who assaulted them seems completely unnecessary and traumatic,” Pringle said “I think the live hearing will prevent a lot of victims from coming forward.”

“The policy seems to be in an effort to protect the accused which I believe does reflect our American judicial principle of innocent until proven guilty; however, the policy appears to lack any trauma informed protective measures for survivors,” Sandra Bustmante, a Public Administration and Policy junior at UTSA, said.

Lastly, the new regulation brings an end to the “single investigator model,” which used one official to oversee the entirety of the Title IX grievance process. The new regulations instead require three separate officials to work through separate pieces of a single Title IX grievance process: a Title IX coordinator, who receives reports of sexual misconduct; an investigator, to gather facts and interview parties and witnesses; and a decision maker, to determine sanctions and remedies for parties.

UTSA did not respond to an interview request to discuss the Title IX changes.