The AP top 25 needs to change, here’s how 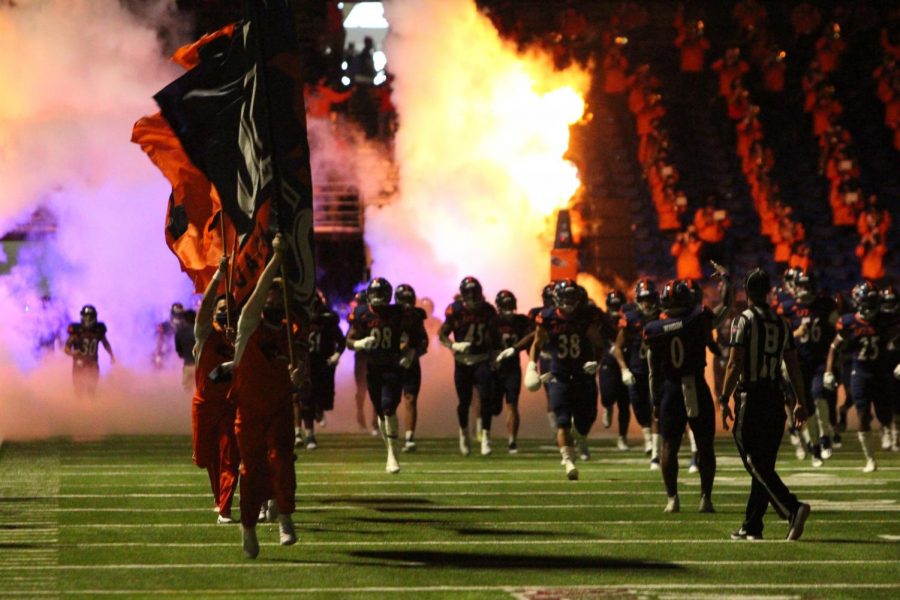 The Associated Press (AP) Top 25 is broken. Long the hallmark for measuring and ranking the best teams in college football, the AP Top 25 has been in use since 1936. While the AP Poll has been passed in importance in college football since the institution of first the Bowl Championship Series (BCS) rankings in 1998, followed by the College Football Playoff in 2014, it still serves as an important touchstone in college football, helping to guide more casual fans on who the best teams in the nation are. However, the AP Top 25 is broken, and it has been for a long time now. There are a number of reasons why, and there are a number of things that need to be remedied.
For starters, let’s look at the biggest aspect of the AP Top 25 that needs to be reformed, the preseason rankings. First used by the AP Poll in 1950, they rank the 25 best teams in the nation before the season starts. This is a problem; the only way the AP Poll is able to rank these teams is off of past performance and how teams stack up to their competition on paper. This approach is inherently flawed for a number of reasons. First off, games are not played on paper, they are played on the field, so this approach is always going to favor the blue blood programs, those that are traditional college football powerhouses who have access to the best recruits. As we have seen time after time, however, the best recruits do not guarantee great results on the field. The University of Texas, for example, is always rated highly in the preseason top 25, but consistently in the past decade they have fallen well short of expectations and underperformed on the field. What consistently saves programs like Texas, however, is the preseason top 25 and prior success. With that on their side, programs ranked in the preseason top 25 have a safety net to absorb bad losses. Take for example Louisiana State University (LSU) this year — the defending national champions started the year ranked 6th in the preseason top 25, due to their success last year, and the amount of talent they have on their roster. Through their first three games of the season, however, it is clear that this LSU team is nowhere near as good on the field as last year’s team and will struggle to stay above .500. Despite this, however, it is likely that teams that have defeated LSU will earn some brownie points for the win, just because LSU was ranked in the preseason top 25. What AP fails to consider is how much can happen to a program over a single offseason. UTSA is a more recent example, adding an entire new arsenal of coaches and recruiters since last season. Entire programs can be dismantled and rebuilt between seasons, and evaluating last year’s UTSA team versus this year’s team, you would be comparing two drastically different programs.
In addition, preseason ranking usually gives a team an advantage over teams that do not start the year in that poll. Texas A&M is a great example of a team that is consistently ranked highly in the first preseason poll and then fumbles it away due to inconsistency, leading to a habitual 8-5 record that will always see them sneak their way into the top 25 at the end of the season. This is despite having a record that would not indicate they are one of the 25 best teams in the country. The biggest fix for this issue would be to get rid of the preseason top 25. To rank teams before even seeing them on the field is flawed on a very basic level and will always favor teams that have excelled in recruitment, but have not necessarily been able to translate that to success on the field. Instead the AP Poll should hold off on ranking any teams until after week four of the season. Four weeks is more than enough time to begin to get a sense of how these teams actually look for this season, thus removing the issue of determining who the best teams are on paper before the season begins, and then having that affect the rankings from then onwards.