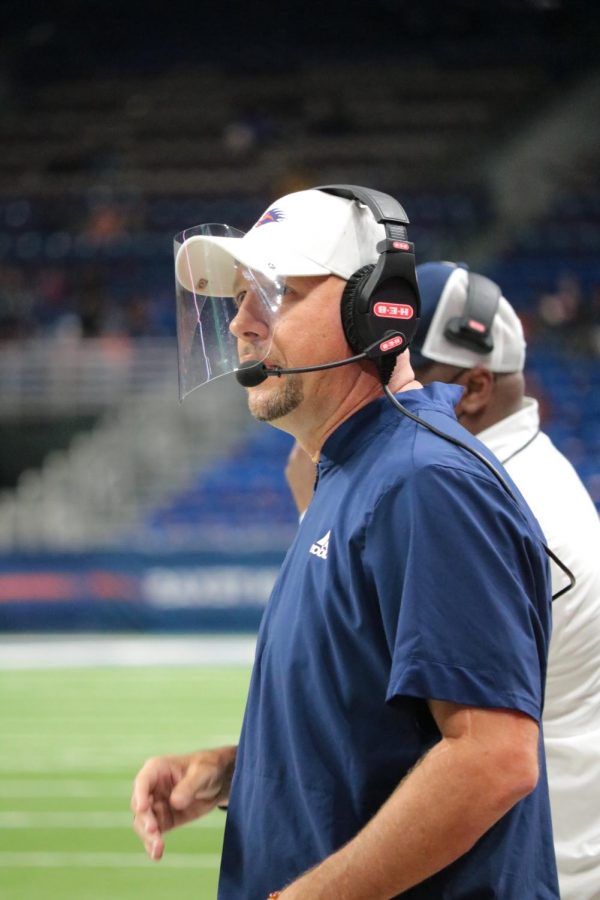 After an exciting 27-26 comeback victory against Louisiana Tech, UTSA will travel to face 1-1 Florida Atlantic, who are coming off a 20-9 loss to Marshall; their game against UTSA will be the third of their season.

It is difficult to assess a team that has only played two games this season, but UTSA should be favored to pull out a win in Florida. They have finally shifted their momentum after struggling for an extended time, and the statistics that Florida Atlantic have put up in two games don’t portray the image of a powerhouse.

Florida Atlantic has put up 21 and nine points in their two games, and they seem to lack a potent air attack. Quarterback Nick Tronti has thrown for 246 yards, two touchdowns and an interception in two games. He has a 55% completion percentage to go along with those statistics. Judging from these numbers and his average yards per attempt, Florida Atlantic frequents passes within 5 yards of the line of scrimmage, which means they lack an established vertical threat and will rely primarily on screen plays and yards gained after the catch.

Tronti likes to scramble, as evident by his 21 attempts through their two games. Junior running back Malcolm Davidson has shown some potential in Florida Atlantic’s running game, averaging 6.7 yards per carry. However, he has only carried the ball 12 times, so Davidson, and the Florida Atlantic offense itself, are difficult to assess. No Florida Atlantic receiver jumps off the page statistically, so the team will likely try to win on the ground.

On the other side of the ball, the Florida Atlantic defense seems to be quite capable. They have recorded two interceptions, recovered a fumble and sacked the quarterback six times through two games. They managed to hold 22nd-ranked Marshall to 20 points and gave up only 17 in their win against South Florida. Defense will be the key to victory for them. Owl standouts like linebacker Leighton McCarthy, who has accumulated 3 sacks and 12 tackles so far, will make sure that the ‘Runners do not have an easy path to the end zone.

Quarterback Frank Harris and the rest of the UTSA offense will most likely have their work cut out for them. If they can manage to score at least semi-consistently, they have a good chance of winning the game. The strategy should remain the same: give the ball to running back Sincere McCormick as much as possible. The Owls have given up 41 and 134 yards rushing in their first two games, and give up an average of 3 yards per carry to opposing running backs. The ‘Runners will have to do better then that mark to stay efficient on offense.

At first glance, Florida Atlantic doesn’t appear to have enough firepower to keep up with UTSA if the game turns into a shootout. The UTSA defense will look to continue their habit of forcing turnovers, which may very well be the difference in the end. UTSA is scheduled to kick off their game against Florida Atlantic this Saturday at 12 p.m.