Athlete of the Week: Abby Balli 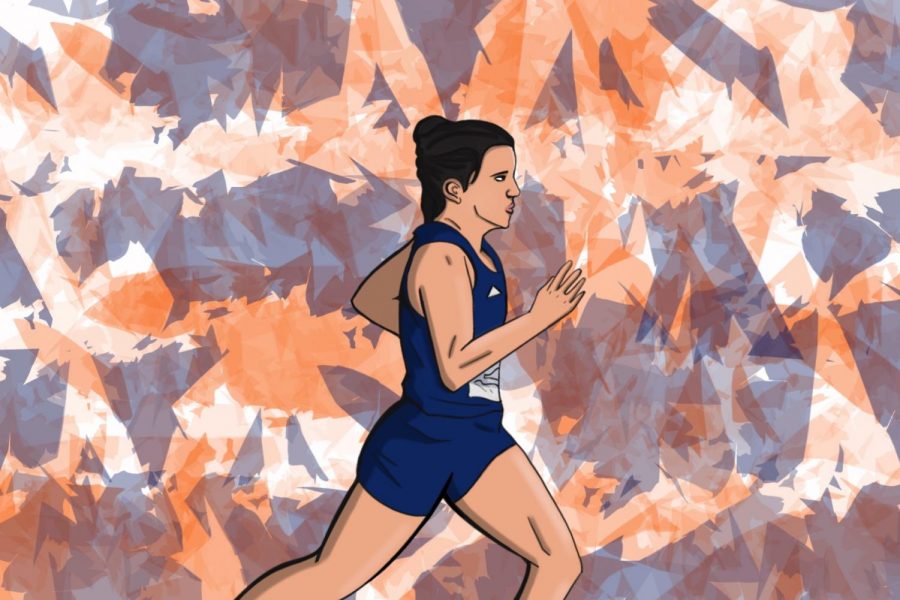 At the beginning of the fall semester, several of our college sports faced uncertain futures and difficult choices. Cross country was no different. While the sport was able to survive and organize itself in time to compete, it resulted in a significantly shortened season.

Despite this, runners such as Abby Balli have found ways to overcome the problems caused by the shortened season and concluded their season last Saturday. Balli paced the Roadrunners in the women’s 6k run at the Abilene Christian University Naimadu Classic on October 16th, coming in at fifth overall. She also led the women’s team in the 6k at conference, recording a personal best time in the process.

Balli and her teammates didn’t lose focus despite the irregularities of their season and worked hard to prepare themselves mentally and physically.

She attributed UTSA’s ability to adapt to such a short season to “Having confidence and trust in our training and our coach, knowing that the workouts he’s giving us and what he’s telling us to do is all for a reason and trusting the process and believing that we are all ready to go out and compete.”

Balli, now a junior, chose UTSA as her college three years ago because of its relative closeness to home while still giving her just enough space to grow on her own.

“I chose UTSA because it’s not far from home,” she said. “I’m from Houston, so it’s about three-and-a-half hours from where I stay, so it definitely gave me that leverage of being able to get out and be on my own and grow up as an adult, yet if I needed to go home I could still drive there. San Antonio is also not too far from Austin, not too far from San Marcos, and I have some friends in both schools, so it’s just right in the middle of everything I love.”

After spending multiple seasons with her teammates, Balli believes one of her more cherished memories with the team is currently unfolding.

“So with the season and with COVID, we’ve gotten closer as a team,” Balli said. “It’s brought us together more. It sounds weird, but it’s pushed us to become more of a team, with the guys team and the girls team, being with each other a lot more and just practicing. It’s been probably my favorite part. Getting to know the new faces, helping them and guiding them — it’s also been pretty cool. It’s something new for us; adjusting together as a team has been pretty cool.”

Balli proceeded to give some insight on both the team’s rituals before a race and some of her own. She mentions that the team usually gets together and says a prayer, asking for strength and help right before they start.

“One thing I always do myself is I fistbump all my teammates and say good luck,” Balli said. “I feel like if I don’t do that, then I’m not going to run great, so it’s something I have to do. Once I’m on the line, my dad, who’s been one of my biggest supporters — if it’s a meet he can’t come to, I just envision him on the line somewhere, telling me to take my deep breaths in, and that’s what I think about right before I take off.”

When she does take off and start running, Balli tries to encourage and motivate herself as much as she can, remembering all the work she put into her sport.

As she reaches the middle of her race, she stated that she likes to sing to herself in an effort to pump herself up and keep going. Balli also humorously detailed some of her occasional thoughts as she approaches the end of her event, especially if she is feeling drained.

“Honestly, sometimes towards the end when I’m dying and I’m thinking, ‘Okay, I can’t. I don’t wanna do this,’ I’ll start to think about what we’re gonna eat after this meet,” Balli said.

She added that her weakness was soda, Dr. Pepper specifically, and that she would sometimes use the rewarding thought of a cold Dr. Pepper right after the race as a way to motivate herself to finish.

When she’s not busy studying or running, Balli has several hobbies that she likes to find time for.

“I like to decorate rooms and stuff,” she said. “I’m super into decorating things, finding things, going to HomeGoods and just grabbing stuff. I also like to draw; if I’m bored I’ll just doodle. I also like to write motivational quotes to myself as well as go to the trails around here; I like to explore.”

As a business major, Balli is looking forward to a future in management after college and is hoping to turn her major into a career with H-E-B.

“I currently work for H-E-B,” she said. “I just applied for an internship with them; I’m waiting to hear back. The goal for myself is to keep working my way up with H-E-B. If not that, I wanted to still work for H-E-B but with corporate.”