Paisano Picks: the top ten in the 2020 NBA Draft 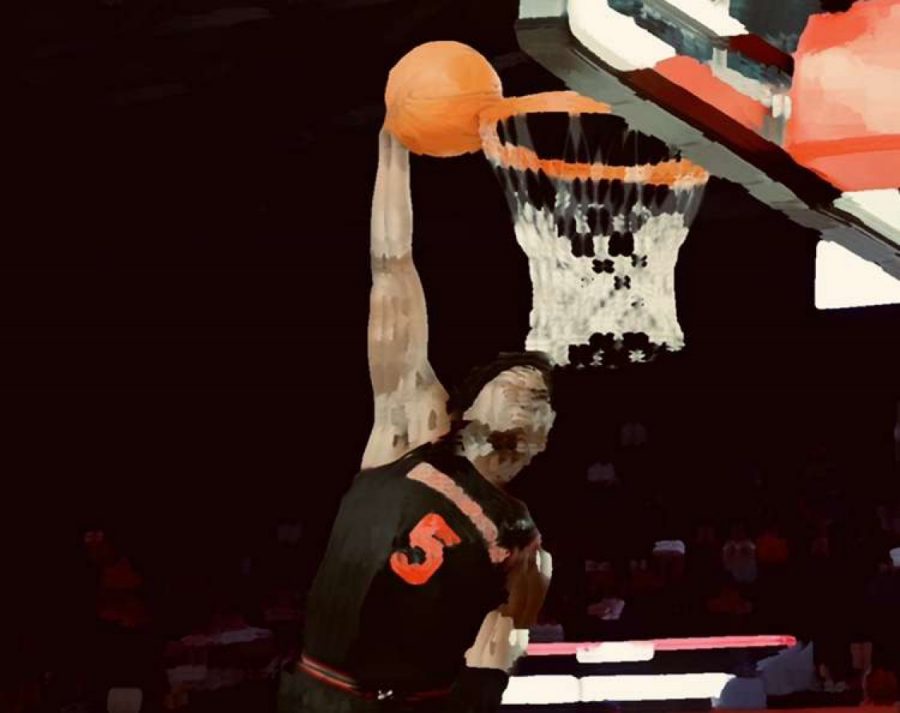 Georgia's Anthony Edwards (pictured above) will likely be one of the first players chosen in this years draft. He is considered to be one of the most pro-ready college athletes available, which bodes well for his chances at making an immediate impact for his new team.

After a nearly year-long NBA season, the 2020 draft is finally here. The draft will take place next Wednesday. As with everything else this year, the draft will be different — much different.
Draft prospects will hear their name called by Commissioner Adam Silver virtually. This is a first, and the appeal of every NBA draft has been centered on the outfits, lights and fanfare up to now. But this doesn’t take away from the fact that this draft offers bad teams a chance to revive or put their franchises over the edge. Although there’s not a “Zion” on the board, the future of a lot of teams, especially these top 10, can make or break the future of the organization with a bad or wasted pick.

Anthony Edwards may be one of the few NBA ready wings in this draft. Although many have Lamelo Ball going first off the board, Minnesota would be in hot water trying to get two ball-dominant guards such as D’angelo Russell and Ball to mesh together and run an effective offense. On the other hand, Edwards has the ceiling of Dwayne Wade and could space the floor well alongside Russell and Karl Anthony Towns. Physically, he is the most ready player in this draft and could come in as an immediate starter.

James Wiseman draws parallels to the lob city Deandre Jordan days with the Clippers. He is by far the best big man in this draft and really has no downsides besides his patience in transition. Wiseman likes to run down court prematurely, but it isn’t for lack of explosiveness. Wiseman could finally add the missing piece to a Warriors dynasty that still has life. The Warriors have not had a star center in the modern era, and Wiseman at pick two is the most immediate solution to their void.

While it’s no question that Ball could potentially slide down the draft board, a franchise on life support such as Charlotte could revive their fanbase and sell tickets with the Ball name. They love Devontae Graham at shooting guard even though he lacks in size. But 6-foot-6-inch Lamelo could add some needed height to their rotation. His strength is worrisome, but his maturity should allow him to be a successful and coachable NBA player.

Avdija shows signs of Luka Doncic in his game, which should be worth its weight in gold for NBA scouts. He doesn’t lack the aggressive nature of the NBA game, but his ceiling is much higher than we think. His ability to clamp up on defense will make him a serviceable player from day one, and his offensive game will develop alongside a very young core in Chicago. Bulls fans should be ecstatic at the thought of having a fresh young wing to push them through their drought.

Kevin Love’s tenure in Cleveland is on the verge of ending, and it’s time for Cleveland to look at the future. Cleveland’s loaded on young, promising guards with Darius Garland and Collin Sexton. Defensive machine Andre Drummond will likely take his team option and stay another year in Cleveland. But what about after that? Obi Toppin would give the franchise some hope for the future.

Okoro is the most promising perimeter defender in this entire draft class. Atlanta has the face of the franchise with Trae Young, followed by two above-average big men in Clint Capela and John Collins. Deandre Hunter is still proving himself, and a full season will show us more of what he has to offer. But you can’t pass up on a defender who could make up for Trae Young’s defensive deficiencies.

With Derrick Rose’s departure to a contender on the horizon (hopefully), Tyrese Haliburton can come in and get NBA starter experience on day one. His proven ability as a playmaker and finisher and his focus on fundamental basketball will bring a new sense of life into the franchise. Plus, he will play great alongside Sekou Dembouya.

The Knicks will probably mess this up somehow, but Hayes is the clear pick for New York. While the Knicks have been rumored to go all in for a star veteran like Chris Paul or Russell Westbrook, drafting a young guard fits the timeline of the team better.

Washington has not had much luck in the big man department in recent years; Okongwu is the solution to that. While there’s a high chance he goes earlier, Washington shouldn’t miss the opportunity to bring in a defensive presence who still has room to develop. His offensive game still needs refinement, but Washington can’t pass up on a rim protector to pair alongside Bradley Beal and eventually John Wall upon a healthy return. Fingers crossed.

Phoenix demanded the world’s respect with an eight-game sweep in the NBA bubble, and now, it’s time for them to prove it next season. Cameron Johnson looks to be safe on the roster, but having a rotation of two young, gritty forwards to take the heat off Devin Booker while still allowing Deandre Ayton to thrive in the paint would be a symphony to watch.