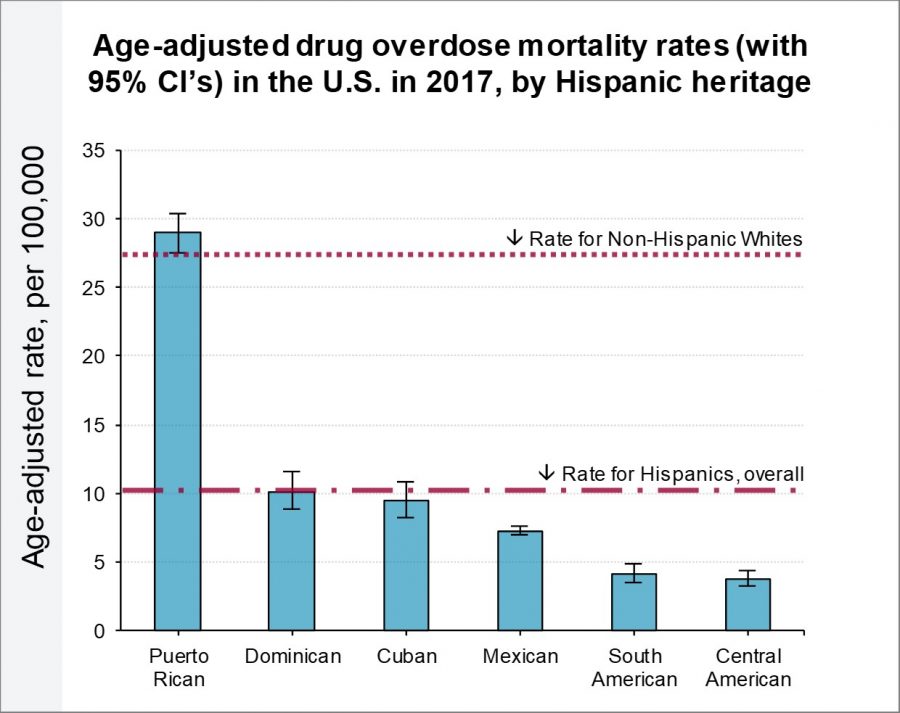 After considering the diverse nature of the Hispanic community and the paltry amounts of research focused on the demographic, assistant professor in the Department of Social Work in the College for Health, Community and Policy and UTSA researcher Manuel Cano realized the necessity for further study on how overdose mortality varies among the Hispanic population.

Cano worked for 10 years as a bilingual clinician serving individuals referred for substance use services. Having seen firsthand how drug overdose devastated communities and the growing awareness of the opioid crisis, Cano was propelled to create a growing consciousness of how drug overdose morality is something that affects every race and ethnicity.

“When I was attending school in Boston, I learned that Hispanics in Massachusetts were being heavily impacted by the drug overdose crisis,” Cano said. “Yet national data did not reflect the variance between the Hispanic population and the trends I studied in the area. This motivated me to look for answers.”

“Unfortunately, my study only identified the rate of overdose without examining the reasons for the disparity,” Cano said. “Other researchers, however, have pointed to multiple explanations such as increased access to medically-prescribed opioids, discrimination, the colonial history between the U.S. and Puerto Rico, residential segregation and lack of services in the U.S. that are culturally tailored to the population.”

Cano suggests that, for Hispanics to combat drug addiction and the possibility of a subsequent overdose, there must be services that incorporate elements of Hispanic culture while also being financially accessible.

“Services must go beyond language,” Cano said. “Many U.S.-born Hispanics may need services that incorporate elements of culture such as the value of family and respect.”

Cano emphasizes that the need for understanding which subgroups are the most affected by drug overdose is important because culturally appropriate services can then be tailored to better address needs across multiple demographics.

“I hope that the finding regarding the high rates of drug overdose mortality among Hispanics of Puerto Rican heritage will serve to raise awareness and motivate funding and development of appropriate interventions,” Cano said. “I hope that this finding will not stigmatize this group but rather show that drug overdose deaths are a tragedy affecting every racial/ethnic group.”