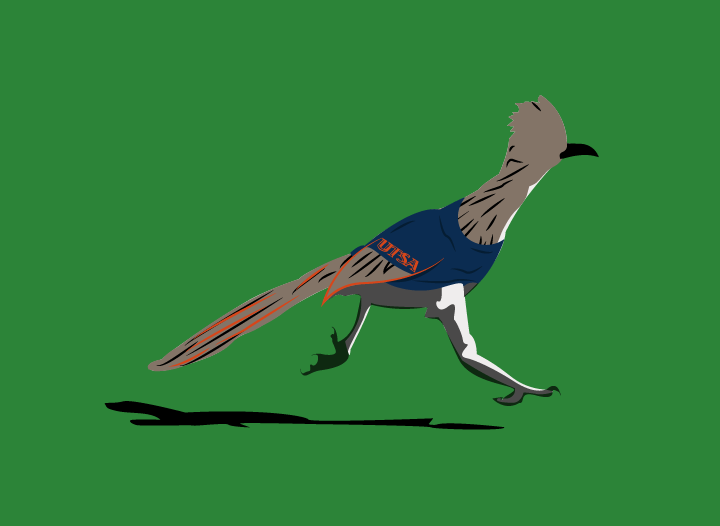 UTSA captured 15 total medals at the C-USA Indoor Championships. The men's and women's teams each finished in third place in their respective fields.

The UTSA track & field team celebrated 15 medal performances at the Conference USA Indoor Championships in Birmingham, Al, Feb. 20-21. The women’s team recorded their best finish on the C-USA indoor track since 2014, securing seven podium finishes and an 81 point finish. The men’s team flourished in the field events, contributing eight medals to the overall count. The team finished third overall in the meet behind Southern Miss and Charlotte.

Ingeborg Gruenwald was the first Roadrunner on the podium for the women’s team, with a gold medal in the long jump on the first day of the meet. Gruenwald claimed the event with a 6.10m jump, 0.6m in front of Southern Miss’ Patricia Johnson at 6.04m. Distance runner Abby Balli was second on the podium, beginning the second day of competition with a silver medal finish in the mile with a time of 5:01.47 behind Rice’s Grace Forbes. Alanah Yukich contributed a bronze finish to the ‘Runners’ tally, outlasting Rice’s Justice Coutee-McCullum in the 60m hurdles by 0.01s, stepping onto the podium with a time of 8.73s. The 4x400m relay team was the last contribution from the track to continue the ‘Runners’ performance. The relay team of Orla Roberts, Faith Roberson, Taylor Armstrong and Yukich clinched the bronze finish with a time of 3:49.06 behind UAB and Charlotte.

Following Gruenwald’s gold finish in the field events, Amaya Scott finished the high jump in a three-way tie for the bronze medal after her final attempt leap of 1.69m. Scott tied for third with Western Kentucky’s Grace Turner and Louisiana Tech’s Sydney Anderson. UTSA dominated the podium in the triple jump, claiming the silver and bronze medals. Danielle Spence received the silver medal for her 12.95m jump, and Gruenwald clinched the bronze with a jump of 12.51m.

The men’s team’s performance was highlighted by a strong field presence and a podium sweep in the heptathlon. Bashiru Adbullahi was the only podium finish for the men’s team on the track. Adbullahi’s second place finish of 8.03s in the 60m hurdles, 0.05s ahead of Charlotte’s Micah Hairston, marked the beginning of success for the ‘Runners.

UTSA claimed seven of their eight men’s medals in the field events. Grant Szalek started the team off with a bronze finish in the high jump, clearing 2.09m, beating out Rice’s Ese Amata who was unable to clear 2.09m on his final attempt. UTSA finished with a strong podium presence in the long jump, claiming the silver and bronze medals. Sam Healy secured the silver on his first attempt, jumping 7.21m, out jumping Jack Turner in third by 0.03m. Turner received the bronze for his jump of 7.18m. Szalek followed up his bronze finish by claiming the gold in the triple jump, out jumping Middle Tennessee’s Omamuyovwi Erhire by 0.17m. Szalek landed in the pit marking a 15.27m jump to clinch the gold. The heptathlon podium was swept by UTSA as Turner, Joel McFarlane and Justin Wright secured the top three finishes. Turner’s gold medal performance concluded with an accumulation of 5,489 points. McFarlane followed suit with 5,149 points for the silver and Wright finished with 4,390 points for the bronze medal.

The NCAA will be hosting the Outdoor Championships in Fayetteville, Ark., Mar. 12-13, before the first start gun is fired to begin the outdoor season. UTSA has not released the 2021 outdoor schedule at the time of publication.