UTSA students disheartened and frustrated during the Winter Storm 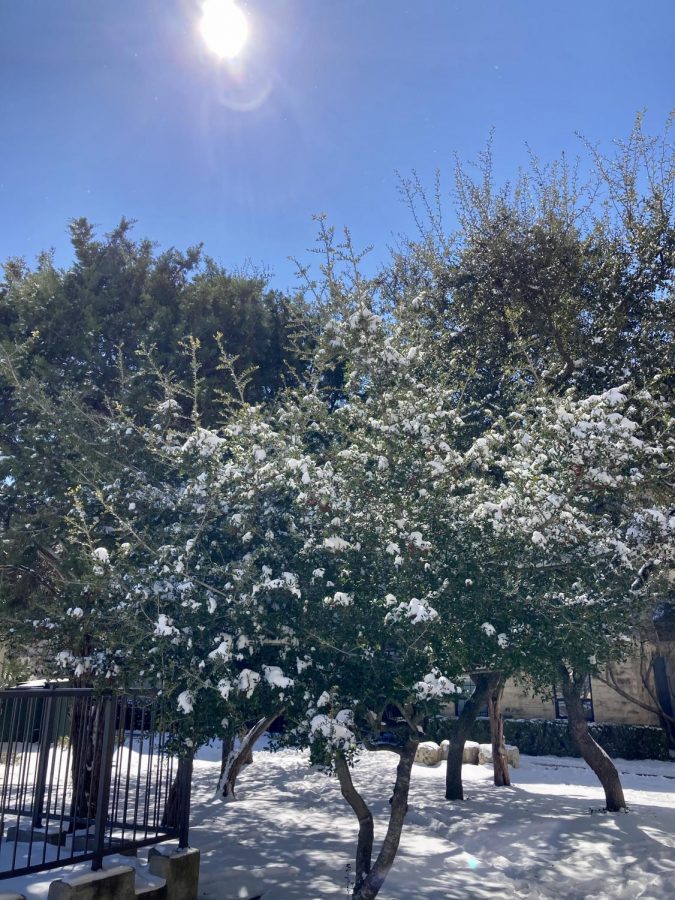 Images around campus after the snow storm.

During the unusual winter storm that swept the south in the latter half of last week, students were both disheartened and irked by the unprecedented events that forced so many into isolation and scarcity.

Freshman biology major Sole Lee recounts her experience as desolating. “It was sad to say the least,” Lee said. “On one hand the snow was beautiful to look at, but on the other hand being alone and inside made me think of the beginning of quarantine. It was incredibly lonely.” Sole mentions that her situation was better than most but was still frustrated with government leaders’ lack of effort. “I think UTSA did the best they could given they were in a bind too, but I feel like the state government hasn’t made efforts to comfort their citizens. I was lucky that only my power went out, but others are still living without water,” Sole said. “From what I have read this could happen again and having only one energy source shows what Texas still needs to do to diversify the energy market.”

Both Wycough and Lee mention the melancholy nature of such a situation, but the two have varying opinions about the nature of academics during the freeze.

“I feel like it was such a relief to not have to do school work for the few days that everything was down,” Lee said. “ I knew the university was probably going to do it anyway, it’s just common sense, but the justification from UTSA made me feel like they understood what was going on with their students.”

While Lee appreciates the cancelation of classes, Wycough says it only reminded her of the abnormalness and the somber air of such times.

“I feel like there are so few ways that students can connect in an online environment and part of that was through going to lectures. Once again it was just like quarantine,” Wychough opinionated. “I know that there were several without power and wifi, but I think it would have still been cool to have the room available for students who could access them.”

Both students have regained power and running water as classes resumed on Monday.