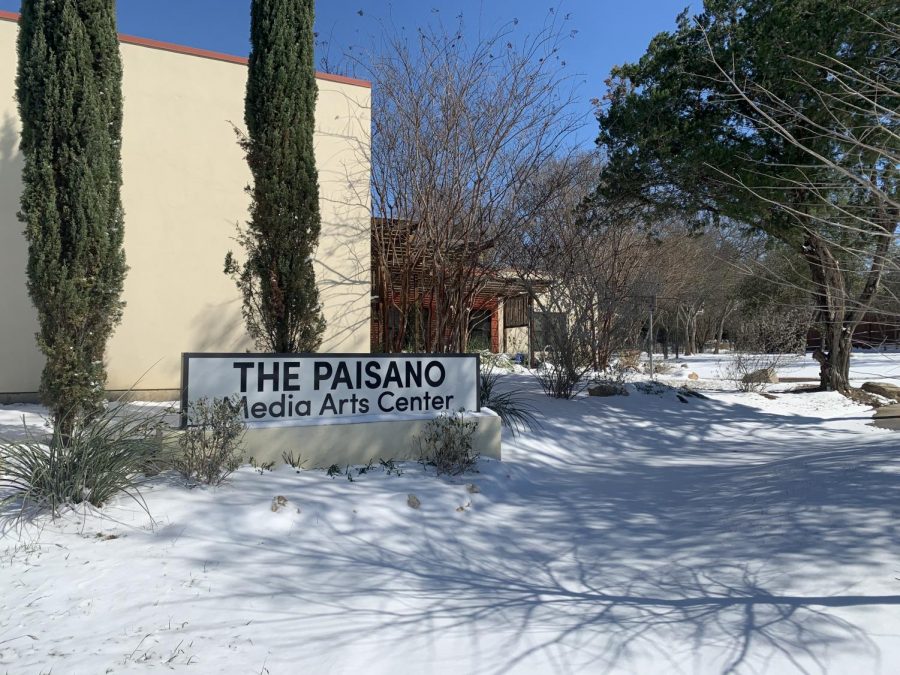 The Paisano building was covered in snow after the winter storm.

Last week, a winter storm swept through Texas, leaving many residents without power and running water for days. What everyone thought was going to be a fun snow day turned into a week of agony; people were freezing in their own homes with hardly any resources. The storm induced a state of emergency, and dangerous conditions on the roads made it nearly impossible to drive anywhere. Texans could not make it to grocery stores, houses of loved ones, or even warming stations. Among those who were affected by the storm were UTSA students who worried about more than simply surviving. Nashaly Nuñez (NN), Brittany Culp (BC) and Joe Calvo (JC) spoke about their experiences with the storm as college students.

Q: Last week was really tough. What were some of the challenges you faced?

NN: My house didn’t have power for about forty hours straight, and the other days, it was just blinking on and off. I was really scared about getting sick from the horrible temperatures in and outside of the house. We didn’t have service either, and we couldn’t see the news or hear from people we love unless we could talk on the phone.

BC: I had no power, which meant no heat. My food went bad, my apartment complex had multiple sprinkler pipes break which meant nasty water flooding into apartments and seeping through the walls.

JC: Like many Texans, I faced the loss of power and water, and living in an all electric home meant I could not use my stove because it is not gas powered. My main concern was keeping my one year old baby sister warm. Another challenge I faced was being out of work for a whole week. Being out for a whole week put me in a financial hole, especially with the UTSA payment due today.

Q: Did you find yourself worried about your school assignments?

NN: Absolutely, I was panicking about school and my assignments the entire time. I felt overwhelmed and scared because without service or anything, I couldn’t read emails, check GroupMe and I couldn’t look at BlackBoard. I was completely in the dark and was supposed to have a quiz and a test due, but I was eventually able to see that my professors did accommodate and push back assignments. It was a relief.

BC: I didn’t worry myself because I knew there was nothing I could do about the situation. UTSA put out that notification saying no assignments would be due during the closure, so I knew I had time to do them at some point.

Q: Do you feel that the university adequately responded to the weather conditions?

NN: I think the university did adequately respond by cancelling classes and pushing back due dates because that was truly my main concern, which shouldn’t have been since we were struggling to survive. I really didn’t feel at ease until I was able to finally read all the emails and updates. I had no idea what was happening, and I couldn’t contact my professors.

BC: I think they responded quite well, especially seeing how none of us even expected things to go the way they did.

JC: I do feel like the university did a good job with pushing classes and due dates back, but I did not like that they didn’t push back the [tuition] payment deadline.

Q: Do you think your professors did a good job of adjusting to the changes in schedule caused by the storm?

NN: My professors were very considerate and did a good job of adjusting to the changes caused by the storm; all of my deadlines have been extended at least one week. It feels like I am just picking up exactly where I left off last Sunday. Some professors extended due dates even longer and I’m grateful they were flexible.

BC: All of my professors were stuck in similar or worse positions than I was in, so I think considering their circumstances, they responded as fast and as best as they could. They’re humans who struggled just as the rest of us, so I can’t hold too much against them. They definitely responded when they had the chance to do so.

JC: My professors did an amazing job. Most of them had already pushed back their due dates before the university mandated it. I have no complaints about how my professors handled the situation. Because of this, I was not worried about my assignments. It took a little weight off of my shoulders.

After a week of panic, many students are finding it difficult to get back on track. A lack of power, water and income this past week left many in the student body in vulnerable positions they may not have been accustomed to. However, with the support of professors, the university and our fellow students; we can all move past the winter storm and forge ahead to finish out the academic year. If you are in need of food and water, the Roadrunner Food Pantry at the Student Union is open Monday through Friday from 12:00 p.m to 4:00 p.m.