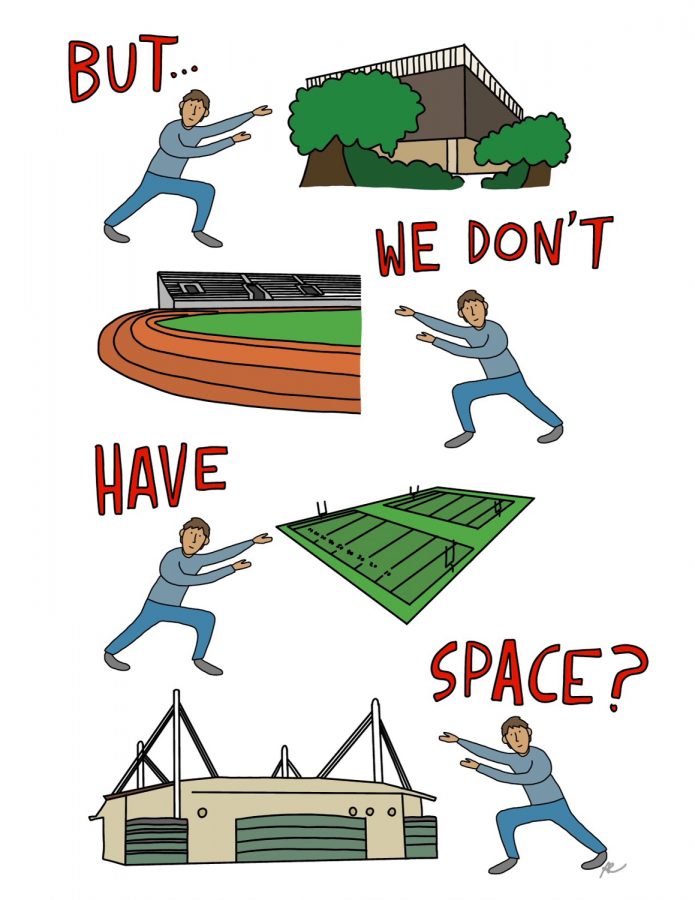 Recently, UTSA announced their plans for Spring 2021 Commencement ceremonies to take place in-person with only graduates and no guests allowed to attend. The ceremonies will occur in various locations across UTSA’s main campus. Spring 2020 and Fall 2020 graduates will also have their ceremonies take place during the same time after the COVID-19 pandemic placed a halt on all large gatherings. UTSA has all the resources and means to give graduates a proper sendoff into life post-college yet they decided to go the simplest route without no consideration for other options.

UTSA states that space limitations and conflicts with scheduling at the Alamodome are the biggest issues with how many guests are allowed to attend graduation ceremonies; however, where were the space issues when UTSA football hit the field during the fall season? During the football season, groups of up to six people were allowed to sit together during games. UTSA urged football fans that attending games would be safe due to temperature checks, mask requirements, and social distancing between seats. If UTSA could accommodate guests for football games, they should have been able to create a similar plan for graduates and their families.

The university apparently cares for students’ and families’ safety measures by only allowing graduates to attend Commencement ceremonies but allowed guests to attend football games in the Alamodome before vaccines were released last fall. Texas has expanded access to vaccines as of March 29, and more people are receiving them, which could have been a determining factor when UTSA was deciding how the graduation ceremonies would take place.

Other universities from across the state have already begun to roll out their commencement plans for the spring. The University of North Texas will be hosting their in-person commencement ceremonies at Apogee Stadium and are allowing graduates to invite four guests each; their stadium is outdoors but has a max capacity of 30,850 people, which is nearly half the size of a full capacity event at the Alamodome. Texas State University also has a stadium size of 30,000 people and will be allowing each graduate to bring up to seven of their own guests to attend the ceremonies. If these other schools with smaller capacity limits could figure out these graduation dilemmas, why couldn’t UTSA find a use for the Alamodome that is not currently hosting any events between May 3 and July 2?

Graduating seniors deserve to have a chance to show off their hard-earned degrees in front of their friends and family. Having an in-person ceremony for the first time since Fall 2020 is amazing and is something students are looking forward to, the health measures the university is taking are excessive to disguise the sloppiness of the event’s coordination and planning. Students have invested thousands of dollars on a degree from UTSA and not giving them the opportunity to share their graduation with their loved ones, even with a controlled amount of guests per student in a controlled environment, is disappointing. We can see where UTSA’s priorities lie, and it’s not with their graduating students.