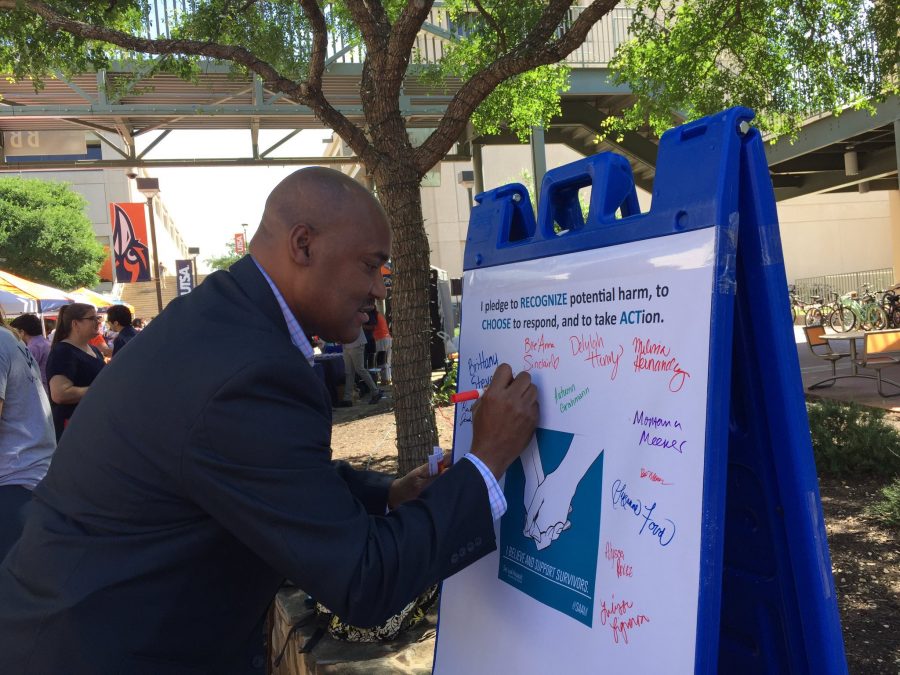 Chief of police and associate vice president of public safety for UTSA, Gerald Lewis, will be leaving the university and will now serve as the Chief of police at the University of Connecticut. He has worked at UTSA for five years and has prided himself on improving campus security service and expanding avenues for reporting campus crimes. Chief Lewis’s last day will be May 31.

During his time at UTSA, Lewis has served as a staff adviser to the Black Student Union and worked with the Student Government Association and UTSA LGBTQ+ organization Spectrum on various initiatives. He is also a member of several police executive organizations, which include the Commission on Accreditation of Law Enforcement Agency, International Association of Campus Law Enforcement Administrators, National Organization of Black Law Enforcement Executives, International Association of Chiefs of Police and Police Executive Research Forum. Lewis is also a recipient of the prestigious NAACP President’s Award and the University of Texas System’s 2018 Police Pacesetter Department of the Year award. His most recent initiative was the Fair and Impartial Policing Training program which aimed to help participants understand the origins of implicit bias as well as how to dispel preconceived notions that consequently impact their work.

In a statement to the University of Connecticut, Chief Lewis expressed his excitement about working with the new university.

“I am humbled and honored to be selected to serve as the next Chief of Police at the University of Connecticut. I am privileged to be able to serve a university with such an outstanding academic and athletic legacy,” Lewis said. “I want students, parents, faculty, staff and all other constituencies at UConn to know that I am truly and deeply dedicated to providing a safe and inclusive community.”