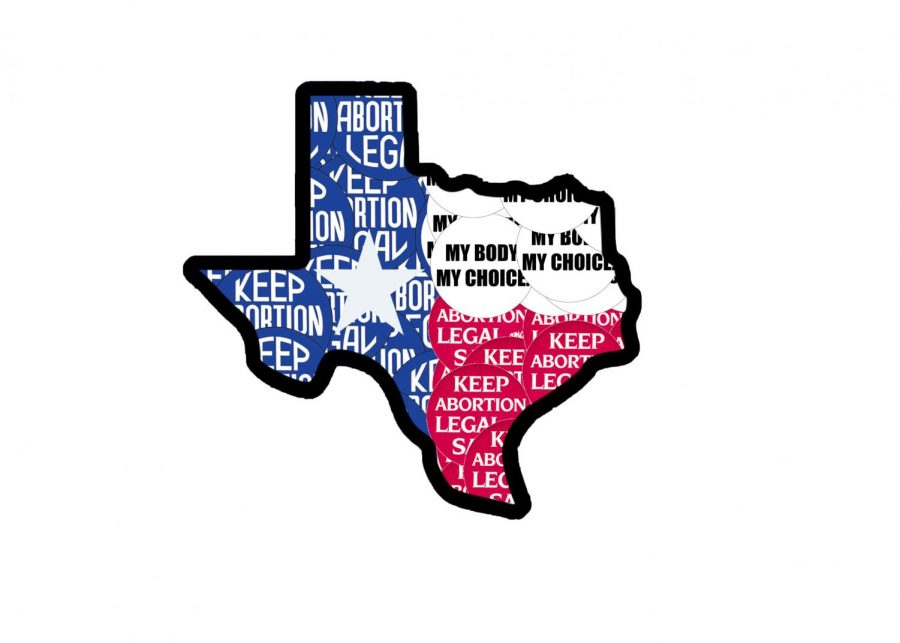 On Wednesday, Sept. 1, Texas legislature passed a law banning abortions after six weeks of pregnancy: voiding the monumental 1973 Roe v. Wade Supreme Court win that established women’s constitutional right to the procedure. It is imperative to note that by the sixth week of pregnancy, many women are unaware they are pregnant; the Sept. 1 law will essentially prevent a majority of women from having an abortion. In a politically polarizing year plagued—in the most literal sense—by COVID-19 and its Delta variant, women’s rights to their bodies are being stripped away before our very eyes.

For generations, women of all ages, of all races, have fearlessly fought for the right to their own autonomy: an autonomy that should be constitutionally guaranteed. After all, if the American dream is “life, liberty, and the pursuit of happiness,” why does this not apply to women? One hundred and one years after women were granted the right to vote, women are faced with the disturbing, disconcerting task of having to plead for the right to choose what they do with their respective bodies.

Those who vilify women’s right to an abortion must consider that, for those women who have had to make the choice to end their pregnancy, it is almost always a difficult choice colored with many complexities. There are a multitude of multifaceted reasons that might lead women to choose to have an abortion, some of which include: abusive relationships, lack of emotional or mental support, physical health concerns, lack of financial preparation and sexual assault. For decades, those who are anti-abortion have viciously crucified women who have chosen—or might hypothetically choose—to terminate their pregnancy. It is as if pro-lifers assume that women enter gleefully into the clammy, blindingly fluorescent doctor’s office, eager to have a mentally and physically painful procedure. As if they relish in the experience, as if they will excitedly spill the news to their family and friends. It is safe to say that this is never the case. In actuality, the act of abortion is so scrutinized—so stigmatized—that many women will not even confide in those closest to them for fear of being judged. Understandably so, women are not eager to relive the experience by recounting the anxiety-ridden drive to the clinic; the agonizing minutes of being forced to stare at an ultrasound while answering “Are you sure?”; the weeks of blood-stained sheets and tear-stained tissues. Those who are pro-life tend to generalize the act of abortion, assuming that the women in question made the decision with reckless abandon. This baseless assumption is far from the truth, and strips away the humanity of the act; life is a series of choices, and to attempt to seize women’s freedom of choice over their own bodies is both senseless and barbaric.

If women do not have the right to make decisions about their bodies, then what do they have? From birth to death, women are expected to be kind, gentle caregivers: selflessly sacrificing for their children and male counterparts while neglecting their own hierarchy of needs. Why are we okay with this? Why is anyone okay with this? The Texas abortion law has reverted the women’s rights movement back a century—yes, a literal century.

Lest we forget, we are living amidst a pandemic. As of Sept. 3., 56,598 Texans have died from COVID-19. The Texas legislature should be prioritizing and protecting the lives that are right here, right now. Ultimately, the Texas abortion law is more than a violation of women’s rights: it is a violation of fundamental human rights.