Politics and science: a blurred line 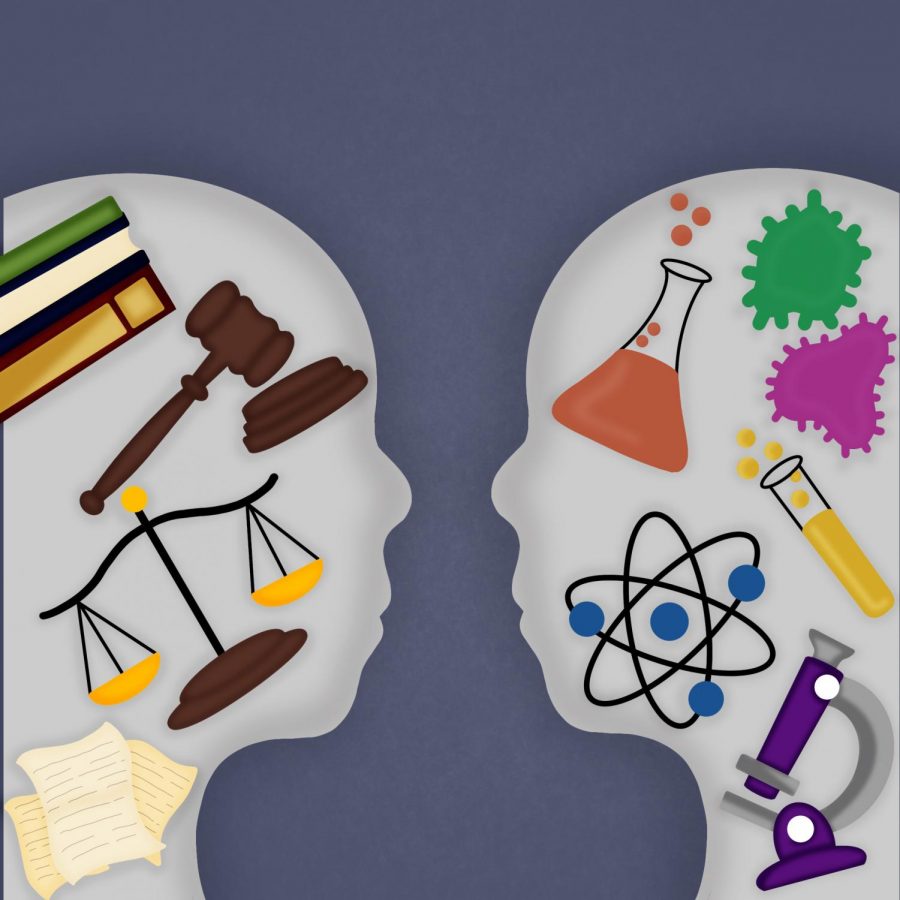 Science has been a part of society for centuries, and over time it has weaved itself into our daily lives. This is especially true when it comes to medicine and the biological sciences. Modern medicine is a result of the work of countless scientists who dedicated their lives to studying the human body.

A world without medicine seems unimaginable. The impact it has had on human civilization has been far-reaching, as evidenced by an increasing human life expectancy as well as the development of novel cures to treat what might have been incurable diseases.

Medical science continues to thrive and grow in the United States because of the healthcare workers and research scientists who have spent years working in the field. Today, the U.S.  is considered a leader in medicine. Imagine where the country—and the world as a whole—would be without the scientific community?

And yet, if the past year has taught us anything, it is that, despite the societal progression enabled by scientific research and medicine, people continue to question modern medicine’s validity.

Since the beginning of the COVID-19 pandemic, anti-science rhetoric has spread like wildfire: whether it be about masks, social distancing or most recently the vaccine. Scientists and medical professionals have had their expertise called into question and even ignored.

The attack on science began last year, when the credibility of the pandemic and its effects were questioned, despite preliminary evidence suggesting that SARS-Cov-2 was a matter of concern. The simple act of acknowledging the pandemic as a real threat became controversial.

This rhetoric continued during the height of the pandemic last year as frontline healthcare workers struggled to care for patients in overcrowded facilities. The scientific community urged people to wear masks and practice social distancing, but many chose to flout these precautions. Some even went as far as to accuse the scientific community of fear-mongering, when the scientific community was simply trying to put out accurate, helpful information to curb a health crisis that practically debilitated the American hospital system.

Sadly, a year and a half into the pandemic, the anti-science rhetoric is still very strong in the form of anti-vaccine conspiracy theories. There have been numerous attempts to discredit the efficacy as well as the safety of the vaccine. Once again, the scientific community is trying to convince people to get vaccinated and receiving backlash for doing so.

This ongoing retaliation against science is a direct result of the politicization of the pandemic. Last year, the country became polarized over the validity of the pandemic, which translated to people doubting the intentions of the scientific community.

In the span of a year, science has, quite ironically, landed on the forefront of the American political scene, despite its apolitical nature. Science is being used as a political tool, while the credibility of the very people who dedicated their life to medicine and science is under question. Many people forget that science is a constantly evolving process. Scientists don’t know the answer to everything, which is why research and the scientific method exist.

A year and a half into the pandemic, I don’t think it is important to look back and attribute blame, simply because doing so wouldn’t change anything. However, I do think it is important for us as a society to assess the ease with which we are willing to question years of experience just to make a political point.

Science is not political. Science is not a vessel to further a political agenda. Scientists and medical professionals don’t dedicate their entire lives to medicine just for people to discredit them, especially not in the face of a global pandemic. They don’t deserve to be treated in such an insensitive manner.

If there is one moral takeaway from the pandemic that we should never forget, it is that the scientific community, including our healthcare workers, deserve the utmost respect and credit for dedicating their lives to medicine and science.