The fascinating world of Greek Life

Organizations for students who need a home away from home 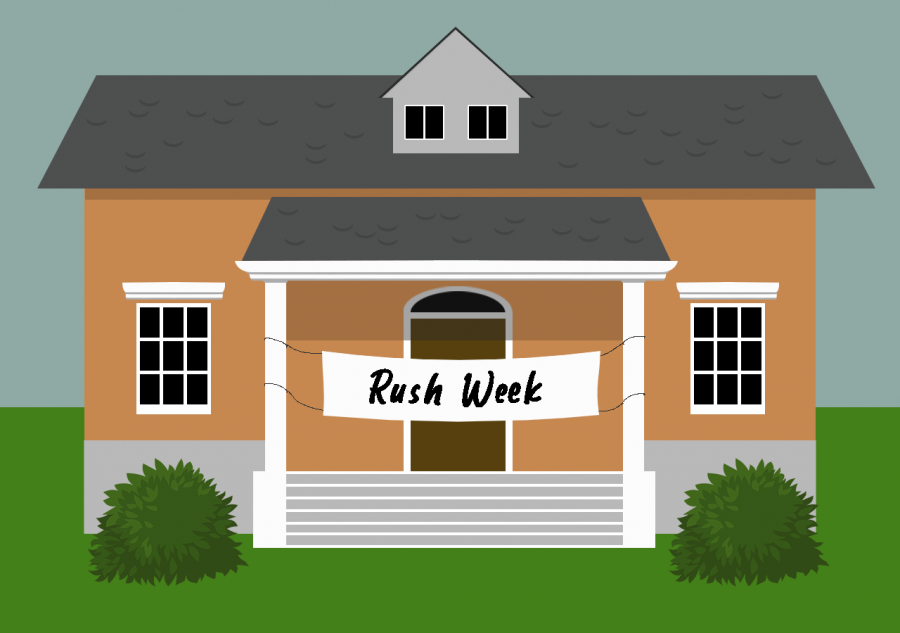 Alpha Sigma Rho, Gamma Beta, Omega Delta Phi—Greek life can be incredibly daunting as a freshman in college if you’ve never seen anything like it before. At the surface, fraternities and sororities look like massive groups of sworn brothers and sisters that border the appearance of a cult, but it is far more innocent than that. At the root of it all, Greek organizations are simply friend groups formed in universities for students to join and find a family away from home. Joining one can help incoming students transition into college life and adjust to the abrupt change from childhood to adulthood. Because no one is ever alone in Greek life, you are always guaranteed a friend by your side.

To get new members to join the enthralling world of Greek life, fraternities and sororities will host Rush Week: a week-long event that takes place at the very beginning of the school semester. Organizations make haste to compete with each other to recruit freshmen and sophomores to their respective Greek letters, hence the word “rush” in Rush Week. To rush for a fraternity or a sorority essentially means looking around to find the right organization for you; it’s important to join the group that makes you feel the most at home, where people welcome you with open arms. The respective fraternities and sororities will host parties and events where people can meet up and hang out so that anyone interested in joining can see which ones they enjoy based on the organization’s values and overall vibe.

One of UTSA’s fraternities, Gamma Beta, is led by president Joseph Delrosario. In a brief interview with the president, he was asked to explain just what Greek life meant to him and its impact on his future.

“It’s good to have a family away from home,” the president explains. “You find friends that last a lifetime and form connections that will always stick with you. College wouldn’t be the same without the people I’ve met here.”

Fraternities and sororities are wonderful places to meet new people and make new friends, and it even pushes people toward the path of self-discovery in a world that is continuously expanding. Joseph also talks about how joining a Greek organization pushes people out of their shells in a safe and healthy way.

“They all have similar goals,” he says. “It’s really nice to be surrounded by people that are pursuing the same thing as me. It’s also really motivating to be with a group that just wants the best for you.”

Greek life members have a way of making new recruits feel incredibly welcome, giving them a sense of belonging. The memories shared with such tight-knit groups are memories seldom forgotten, and often cherished for many years to come. When asked about his most memorable moment while being in Gamma Beta, Joseph didn’t hesitate to tell his story fondly.

“I went to a rave with my brothers and our sorority sisters from Lambda Delta Psi,” he recalls. “It was overall an amazing time and we were having so much fun. While I was there, I met a girl that I clicked with and fell in love with that same night.”

Joining a Greek organization can open a path to a thousand different connections that are not only meaningful in the present, but also in the future. It is truly beautiful to see that no matter what major, minor or life experiences you’ve had in the past, students come together in fraternities or sororities and always find one thing in common: companionship and ambition. They truly are a place that makes way for wonderful friendships. The Greek life members I’ve met in passing are some of the most welcoming and kindhearted people I’ve met. So if you’re looking for a riveting college experience with your best friends, Greek life is the way to go.