Sports announcers and commentators have become biased, but is that really a bad thing? 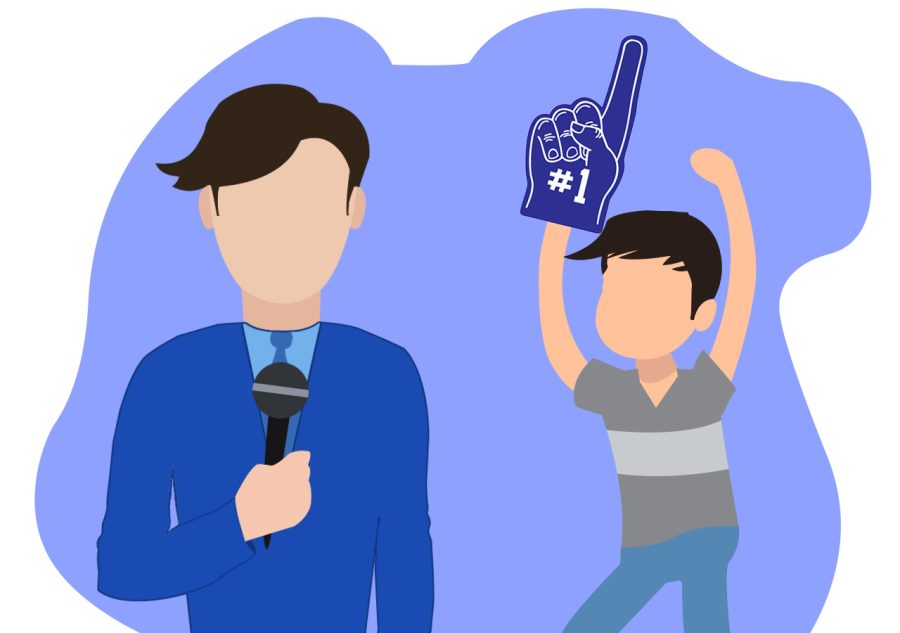 Although objectivity is considered a staple value in journalism, the areas where it is needed the most are also the areas where it is becoming less and less visible. More specifically, sports commentators are tasked with providing unbiased analysis of sports, but as commentators become more comfortable and come into their own persona as hosts, the line between personal flair and professionalism becomes blurred. If you ever thought you were crazy for thinking a sports commentator on ESPN was making passive-aggressive comments or subtly revealing their team preference, you were not, but perhaps there are instances where subjectivity is in order.

That is not to say that sports commentators can never be objective, or should not try, but subjectivity is inevitable. This area of journalism is unique in the sense that more often than not viewers seek to engage and become enamored with what commentators are saying rather than view it as reporting. In addition, commentators often come to the position because of past experiences as athletes or due to their love and passion for their respective sport. In that regard, being subjective would certainly become difficult.

With that being said, there are still lines to draw when allowing for sports analysis and subjective opinions to combine. Surely there are still levels of professionalism to be kept despite the occasional utterance of emotionally charged comments. An example of a not so subjective, although entertaining commentator, is Stephen A. Smith, a host on ESPN’s First Take and occasional NBA analyst on SportsCenter.

The sports commentator and journalist has earned his fair share of critiques for using hyperbolic language, a habit that is largely kept out of sports commentary in the hopes of maintaining objectivity. Not only that, but Smith has been critiqued for making xenophobic and sexist comments, backing former presidential candidate Martin O’Malley’s ‘All Lives Matter’ comment and his assertion that ‘every African-American should vote Republican at least once.’ While some applaud Smith’s candidness, others believe that such comments should be left out of his role as a commentator and that in a world where Smith is recognized for his sports expertise, it is advisable to maximize his credibility and not dilute it with outlandish personal flair.

Smith is an extreme case of the potential disadvantages of sports commentators not remaining objective, but surely his less controversial sports-based opinions can maintain his credibility without compromising viewership. Perhaps objectivity is, in fact, lost in the realm of sports commentators, but that does not come at the cost of professionalism and validity.

Don’t agree with this article? Send your counter-opinions to [email protected]