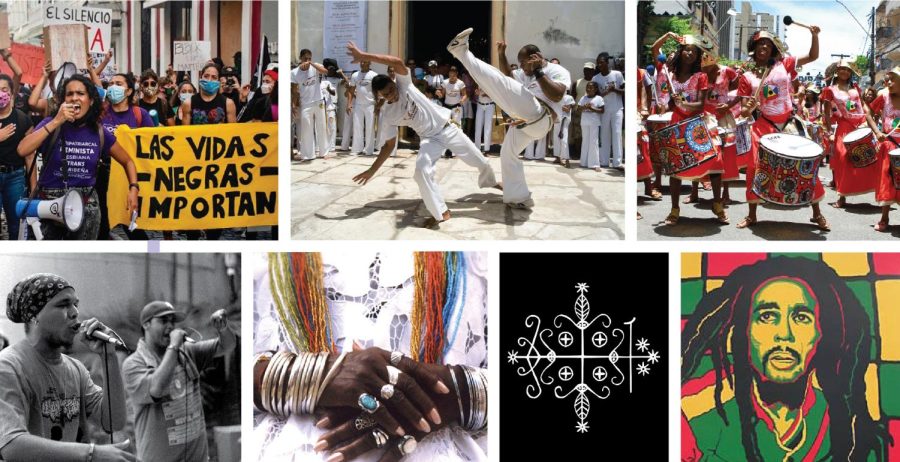 UTSA will open a new course for the Spring 2022 semester, “Global Blackness and Afro-Latindad,” cross-listed in African American and Mexican American Studies in the Department of Race, Equality, Gender and Sexuality Studies. Taught by Marc Perry, associate professor in the UTSA College of Education and Human Development, the class will explore racial identity, the experience of African-descended peoples from Latin America and examine the African Diaspora through a historical lens.

Perry stated that his goals for the course include expanding the framework students use examine race and the need to carry that across borders.

“My goal is to create a space for UTSA students to engage in conversations about race, racialization and culture in a transnational framing,” Perry said. “In the U.S. we think of things in a nationalistic way, but as many of us know, especially students who have a history of transnational migration, we understand that our experiences don’t end at the border.”

Perry also explained how the course will challenge students to examine race from a hemispheric perspective, pushing students to go beyond the areas they would normally categorize as Black and Brown.

“What this course is facilitating is conversations across borders to think about how the experience of the race around Blackness is a hemispheric experience,” Perry said. “Meaning if you travel in Latin America, in the Caribbean, etc. you find large numbers of African descendent communities who share similar experiences to African Americans in the U.S., but what I am challenging us to do is to think expansively about Blackness and race beyond the border of the U.S. by recognizing the ways other demographics experience the culture, politics, etc. in Latin America.”

In addition to expanding the framework that students use to examine race, Perry also hopes students will understand the overlapping narratives between Black and Brown communities.  He noted that often the two categories are separate —  when in reality there are several intersections.

“I think particularly in the U.S, Blackness and Brownness are seen as two different spaces,” Perry said. “Certainly here in Texas we know there are a lot of divisions between African communities and Latinx communities. What we are going to be exploring is how many folks, more specifically Latinx communities, have histories of African descended folks who have either been made silenced or invisible.”

Perry expanded on reasons why individuals would not know their entire genealogy because of said silencing.

“There could be people in Mexico who would not even know there are Afro-Mexicanos,” Perry said. “In part because Blackness has been erased or made invisible within the national identity. Part of what I am hoping to be of those conversations is to help students become aware of the histories of these contemporary communities who themselves have connections to these communities.”

In addition to Latinx students exploring their nuanced identities, Perry hopes African-American students will understand that an individual can be both Black and Latinx at the same time and the importance of recognizing those complexities.

“The identity of Afro-Latinidad is a historical and a living one that needs to be recognized and be supported because in a lot of ways those who share those histories have difficulty navigating the American racial society where you are either Black, Brown, White or anything else,” Perry said. “There are strict racial classifications, but in fact, many of us have rich histories that come together to make us who we are, and the complexities of who we and I’m hoping the conversations we will have around history, contemporary communities, culture and politics have folks think more openly and more expansively about the divides between Black and Brown and then break down those false divides.”

Finally, Perry noticed the similarity between the intentions of his class  — to bring together Latinx and African identities with the intentions within his own department.

“I feel like this is also the mission of our department,” Perry said. “It is a merger of African-American studies, Mexican-American studies and gender and sexuality studies. While it is inter-disciplinary it’s also understanding that we are trying to build bridges across communities by in part understanding the overlap and collective histories between them and creating spaces for students to participate and bring their own experiences to be part of that dialogue.”