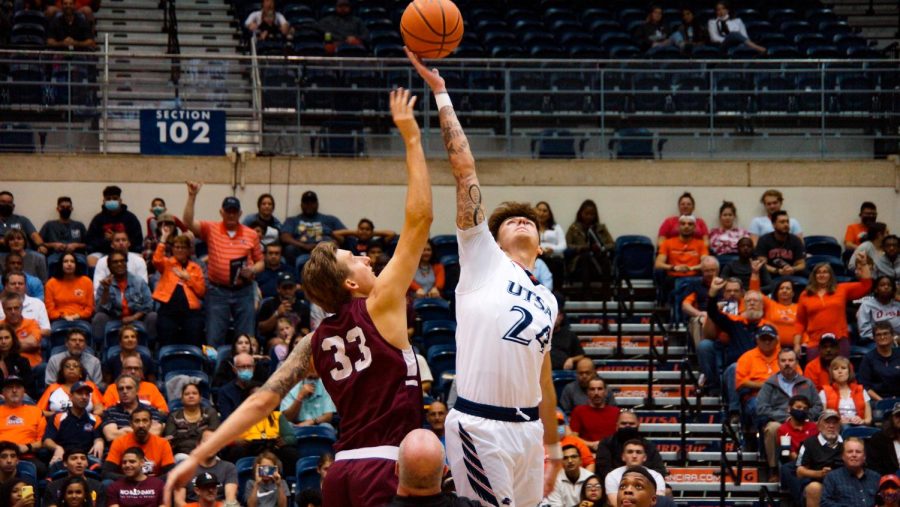 Jacob Germany wins the opening tip off during the 'Runners' opening night win over Trinity on Tuesday. Germany got his season off to a solid start, scoring 24 in the win.

The photos that were taken or used for the 11/16 issue.