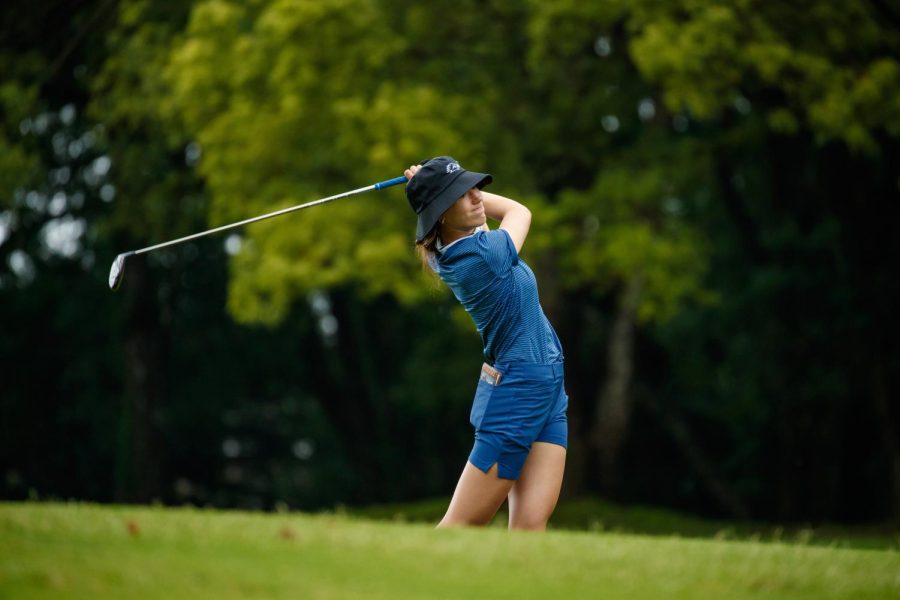 The UTSA women’s golf team took home the gold in the Chattanooga Classic on Tuesday, March 29, after posting an 869 with two top-five showings. This is the fourth top-five showing for the Roadrunners this season and the first win for the team.

UTSA posted a 297 in the first round of play, highlighted by Ana Gonzalez’s 70-stroke round with four birdies, to lead the Roadrunners. Hannah Holzmann carded a par round of 72. Nicole Polivchak scored a four-over 76 and Camryn Carreon finished with a 79 on the round. Hunter Nugent finished round one with an 80.

A 67 from Holzmann highlighted round two for UTSA. Six birdies, including five on the back nine, powered a five-under-par performance. Carreon shot a 69 after a three-under-par back nine to finish second on the leaderboard for the Roadrunners in round two. Gonzalez finished round two with a two-under 70. Polivchak finished with a 73 and Nugent closed it out for UTSA with an 89.

A one-stroke difference in the third round booted UTSA to the first-place spot. A 70-stroke round for Polivchak, who recorded five birdies, gave UTSA an advantage. A hole-in-one 17th hole for Ana Gonzalez fueled a par round for the senior. Holzmann concluded the round with a three-over-par 75, followed by Carreon with a 76 and Nugent with a 78.

The Roadrunners finished one stroke ahead of second-place North Florida (870) and six ahead of third-place Central Arkansas (875).

UTSA will return to the link to compete in the Mary B.S. Kauth Invitational at the San Antonio Country Club April 5-6 before heading to Palm Beach, Fla. to compete in the Conference USA Championship tournament April 18-20.