The fallout from Roe v. Wade 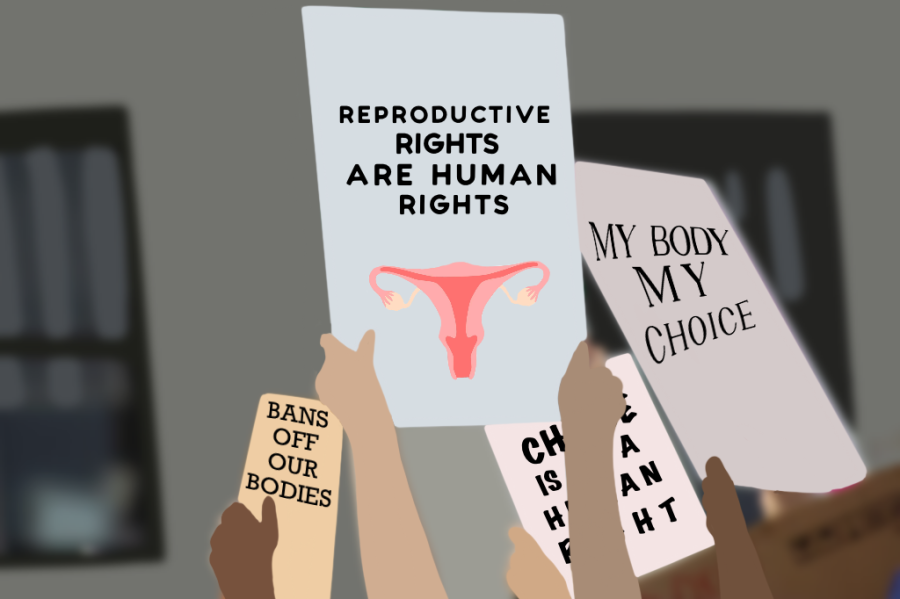 The chants of millions still echo in the wake of the Supreme Court’s (SCOTUS) decision to overturn Roe v. Wade. I am writing this piece with the knowledge that I will never need an abortion, and that men before me never had to fight for control over their bodies. But in the “land of the free,” everyone gets to decide what laws are imposed on women’s bodies. I cannot change that; but I can do everything in my power to fight for what I believe is right.

It has been roughly two months since this devastating decision was made, and the effects are starting to boil over the metaphorical melting pot that is the United States. The first of countless life-altering impacts of the SCOTUS decision is access for those who are not ready to commit to the lifelong responsibility that raising another human entails. Over 24 million women of reproductive age in the U.S. will be 100 or more miles from the nearest abortion clinic. To make matters worse, millions of women could find themselves over 600 miles from the nearest clinic in Texas. There is no medical procedure more regulated than abortion. I could obtain a legal lobotomy with less resistance than a potential mother could find access to abortion in Texas. That is — sadly — a fact. In Texas, lobotomies are legal, but abortions are not. I draw this comparison purely to show how ridiculous the outright ban of a medical procedure is — especially when the laws are enforced at state levels, not federal.

Abortion laws are now entirely up to states. The implications of this are deceivingly impactful. The federal government has released all obligations for protecting women from states that feel they own the bodies of women. This has led to clinics in states neighboring Texas, like New Mexico and Oklahoma, having wait times of more than three weeks. There are currently 13 states that have trigger bans that are now starting to be enforced; With more states sure to follow, there is no telling how far this will go. The restrictions on access that state governments like Texas have imposed are not fixing anything. The need for abortions will not disappear simply because some want to protect the rights of a fetus.

Another effect that might not be immediately obvious, is the unequal impact that abortion restriction has on lower-income communities by forcing some to keep the growing problem that has the potential to derail one’s entire life. For those more fortunate, taking time off work to fly or drive somewhere for an abortion could be seen as a minor inconvenience in comparison to keeping an unwanted child. Sadly, this is not the case for a majority of people. Being forced to keep a child because you cannot afford time off from work raises the question: If you cannot take time off work to not have a child, how will you have time to raise that same child?

It is truly tragic that women are being forced to find answers to these types of questions, and that the legislators controlling this country are restricting the freedoms of women so blatantly and without compassion for the impregnated. The effects of overturning Roe v. Wade on different economic classes is a topic that should be talked about more, and the lack of conversation is very telling. The United States government has to be aware of these effects and I have a hard time believing they are not. The laws being placed on abortions will separate social classes in the U.S. if something is not done to protect abortions for everyone.

With all of these negative effects, it should be clear that abortions need to be legal on a federal level because states have shown that they intend on controlling and restricting women’s abilities to exercise freedom over their own bodies. This human right would protect all women in America from the intrusive grasp of states, while also making obtaining an abortion safer and more accessible for mothers. The government should not restrict one’s ability to receive medical care, plain and simple.