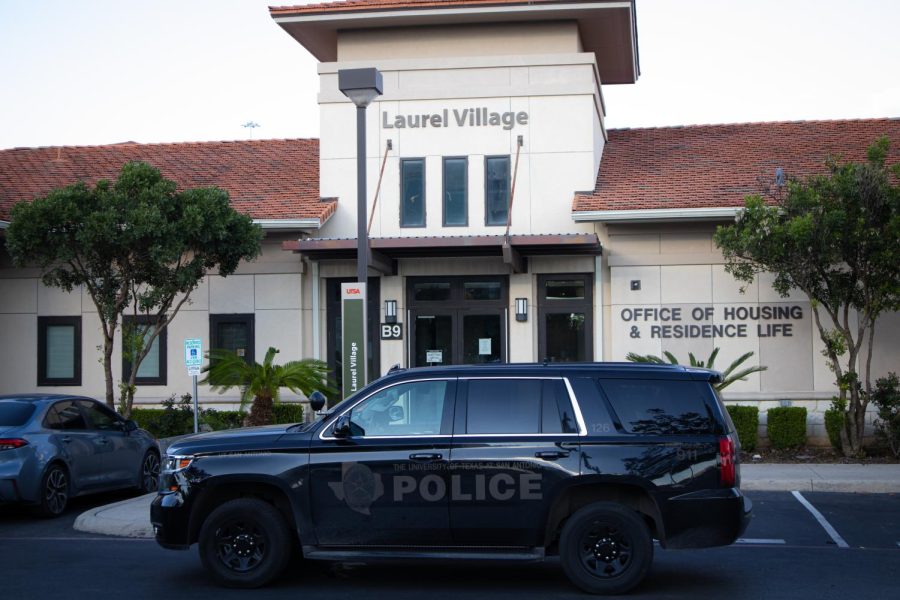 Safety concerns about dormitories are of increased importance to students living on campus, with UTSA Police Department (UTSA PD) and Housing Services playing an important role in ensuring housing areas are safe for students.

Despite having a multitude of security measures in place, dorm security has remained a high concern, especially after the break-in at Chisholm Hall last semester.

According to UTSAPD Captain Tom Calucci, lighting has also been an important aspect that has undergone changes since the incident.

“So after that incident over at Chisholm Hall, one of the things we did [was a lighting survey] for Chisholm Hall and the activities center. And based on the results of that report, we made some changes in lighting over there to increase the lighting to enhance safety,” Calucci said.

Along with these specific changes aimed at improving security following the incident, the university already has safety measures in place for its housing areas.

One of these measures, as mentioned previously, is the key card access system, which aims to restrict access to dormitories. This requires that resident students swipe their key cards to enter dormitories.

Kaelyn Coggins, a digital communication and environmental science major, identifies the access system as an important part of dormitory security.

“I live in Guadalupe, so … to enter the building you have to have a key card … so, I feel really safe about that,” Coggins said.

This access system also enables the university to record card swipe activity, which can be beneficial if the university needs to go back and review entries into any of the dorms, Gockley explains.

While Calucci does not directly oversee budgetary matters, he also explained that a large part of the access service budget goes towards ensuring security measures utilize the latest technology.

“I do know that access services [does] have a pretty robust budget to do what they do, whether it be camera replacement, lock replacement…or you know, the program we use for safety [and] security on the exterior doors … things like that,” Caluci said. “I do know that of our budget, a very large chunk does go to our access services to make sure we have the latest … technology, again to make the community safe.”

The university also has a camera surveillance system, which covers on-campus housing areas. According to Gockley, the camera system is maintained by UTSA Security Services, a division of UTSAPD.

“We do have a multitude of cameras on campus … and I will say we have plenty that cover our housing areas, including Chisholm Hall,” Calucci said.

Camera surveillance is one of the areas where UTSAPD works in coordination with Housing to ensure security.

“Housing does manage their own internal security, [their] internal measures, but we work very closely when we collaborate with them on cameras, on some of the programs that we have for security of not only the gates out front, exterior doors, things like that,” Calucci said.

Some of the other programs UTSAPD participates in include the Escort Program, which escorts students back to housing areas during later hours of the day/the night, as well as the LiveSafe App, which allows students to communicate directly with UTSAPD. The university’s police department also engages in proactive patrolling of the campus, including housing areas, as a way to deter criminal activity.

Another important facet of security in on campus dormitories involves proactive communication between students and university officials about security concerns.

Erica McFarland, a senior who lives at Alvarez, expressed that communicating with the university was a straightforward process.

“I believe there are many ways to contact the university. I personally am aware of many resources and departments,” McFarland said.

On the other hand, freshman Layla Rocha explained that the university’s text message alert system was also an effective form of communicating with students.

“I always get texts and stuff when there’s something going on on campus, so that makes me feel safe. I just don’t know how quickly they respond to those threats. … but I think they do a good job notifying us when something is taking place and telling us that it’s all clear,” Rocha said.

Along with communicating with UTSAPD, students can also convey their security concerns to their RAs. McFarland, who is one of the RAs at Alvarez, explained that resident assistants receive proper training to deal with security concerns students may have.

“As a resident assistant … we’ve been through proper training. I know to file incident reports, depending on the case. I would have to contact my complex coordinator … and potentially UTSAPD,” McFarland said.

A similar sentiment was expressed by Gockley.

Furthermore, Calucci explained that, in the case of UTSAPD, the department is always assessing its practices, and encourages student feedback.