Texas, pro-life is not pro-gun 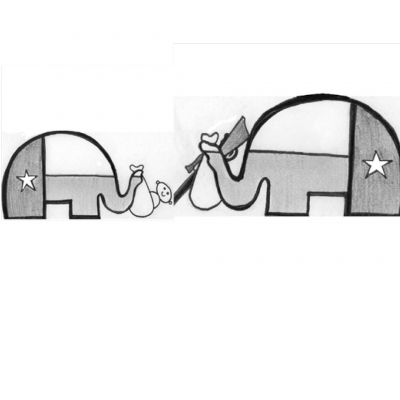 I care about guns and babies. Generally preferring less of the former and more of latter, but personally preferring having both a prudent distance from my university studies.

Texas’ traditionally pro-life position and its pro-gun stance have always been silently at odds. However, with the passage of open carry and campus carry laws that went and will go into effect the first of this year and this fall respectively, Texas went too far. Implicit in Texas’ pro-gun agenda is an obscene uninterest in human life that is irreconcilable with the Republican majority’s stance on abortion.

During the past three legislative sessions, the state legislature has discontinued state funding to Planned Parenthood and other abortion providers, additionally prohibiting counties from allocating tax-payer funds; passed the Sonogram Law that requires abortion providers to provide a sonogram to women before conducting abortions (women can choose whether or not she wishes to hear the child’s heartbeat); mandated that abortion providers have admitting privileges at a local hospital; banned abortions after 20 weeks of pregnancy; and passed a provision that requires women who seek elective abortions to provide a valid government ID to confirm that she is not a minor.

And although, considering the overwhelming political climate in Texas, the fight to safeguard the lives of the unborn has been more of a ruckus than a full-blown duel during the past state legislative sessions, it’s a campaign with noble roots.

But along the way, motives were monetized, as they usually are, and human life — including the comprehensive health of citizens — fell from the list of priorities.

A misguided mentality that in arming themselves civilians can compensate for human weakness, their own and others, has been adopted across the state and the nation; Republican legislative action, unfortunately, has enabled it.

Life is vulnerable and valuable.

More guns in the hands of civilians will not save more lives. Furthermore, recent, radical pro-gun measures and a rampant dismissal of common-sense gun reforms is raising tensions, highlighting social, economic and cultural differences, as well as pressuring citizens and forced private business owners to choose a side, the right side.