Pretending to be okay and acting like nothing happened is what survivors are told to do. One incident is not worse than the other. Rape is rape and should be treated as such.

You are told “it’s not your fault,” but what society fails to teach you is how to accept this fact yourself. Most people who have been hurt or assaulted take on the blame and tell themselves something could have been done to prevent this. There must be a reason for all of this. Maybe I could have worn a longer skirt, had a form of protection or simply said “no.” The reality is, it’s never your fault. The world tells you what you wore and the way you present yourself are the reasons you were hurt. They are wrong. Sometimes you are hurt by someone you love or someone you cared about. If someone who loved you hurt you, the clothing you wear does not excuse their actions. Nothing you wear, say or do should give anyone the right to hurt your body. Your body is a temple, something that should be worshipped and cared for, not taken advantage of.

The reality is that people lie. The person who raped you could have been someone close to you. They may have told you that sex is a normal part of a relationship and that you should be okay with giving them that intimate part of you. You felt safe with this person so you did, although it was not something you wanted. This is rape. Survivors are told that they could have said ’no,’ or that it’s easy to say stop, but the reality is the perpetrator probably won’t listen.

Survivors are naturally quick to blame themselves for something out of their control. You are not alone. Someone is going through the same thing as you. Thinking no one will understand is true; no one can truly understand your pain. That is something personal, but there are people who can empathize. People are constantly going through their own mental or physical battles.

Nothing you did could have changed what happened. Someone hurt you, and it is not your fault. There are so many things I could say to try to make you believe there was nothing different you could have done and to make you forgive yourself.

There is no time span for forgiveness. You are not supposed to ‘get over it.’ Someone took advantage of your body and that creates a hole in your chest; a kind of emptiness that makes you feel worthless. There is no set of steps for being ‘okay’ again, only moving on to better days. There are brighter things ahead. It is so hard to see the goodness in the days when all you can think about was when you were abused. There will always be moments where you fall back down into that hole, where you feel the world is out to get you, but those moments will pass and you will be okay.

Be kind to yourself. You were abused by someone but that does not mean you are worthless. No one is worthless. You are good, kind and all things beautiful. There is no such thing as “beyond redemption.” You can always be saved. There is someone going through your pain. You are not alone.

Listen to music, draw, paint or go outside. Close your eyes and imagine the happiest moment of your life. Pretend you are there whenever those dark moments come to mind, and that will flush away the memories in that moment.

No one can tell you how to move on or be okay. That is up to you. You were hurt; you are allowed to be hurt. You can cry, and you can scream. There were so many days I wanted to and felt there was no point, but there is. Getting that anger out, emptying that hole in your chest will make you momentarily relieved.

Talk about it. Holding it in hurts. Opening up is scary, it makes you feel like a part of you is being ripped out, as if you are losing your sanity, but you aren’t. It is the first step to forgiving yourself. Talk to yourself, a friend, or go see a counselor. If you cannot even fathom speaking about it, write. Write your heart out until it bleeds onto the page. Speak your truth because someone believes you, but the first person who needs to believe you is you. Keep on growing, beautiful.

How Does That Make You Feel? 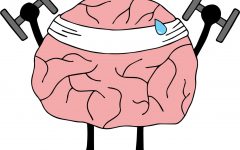 Breathe In, Breathe Out

This semester is the first time I’ve felt stress this intense. I’ve always been a self-starter and rarely felt the expectations of others on me in... 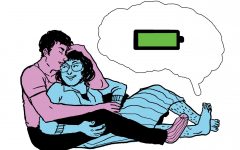 It’s Not Just a Phase, Mom! 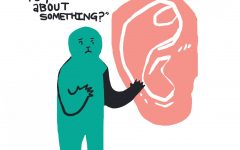 How to Listen to Someone How to Consistently Take Care of Your Mental Health

In our first Paisano Plus magazine issue of the Spring 2022 semester, discover everything relating to the UTSA college food experience. From easy dorm...

In our second Paisano Plus magazine of the semester, we explore San Antonio and the endless possibilities for college students; from coffee shops to s... 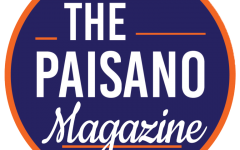 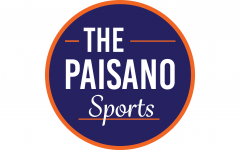 The Paisano • Copyright 2022 • FLEX WordPress Theme by SNO • Log in

The Paisano intends for this area to be used to foster healthy, thought-provoking discussion. Comments are expected to adhere to our standards and to be respectful and constructive. As such, we do not permit the use of profanity, foul language, personal attacks, or the use of language that might be interpreted as libelous. Comments are reviewed and approved by a moderator to ensure that they meet these standards. The Paisano does not allow anonymous comments, and The Paisano requires a valid email address. The email address will not be displayed but will be used to confirm your comments.
All The Paisano Picks Reader Picks Sort: Newest